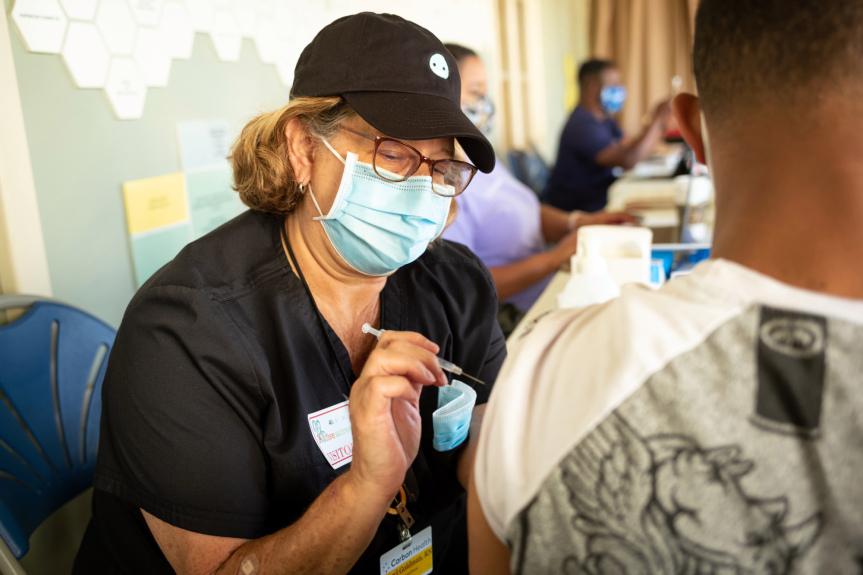 Among ethnic groups, Black residents reported the most significant increase in new cases for a 170% increase from last week. Case rates among Asian residents were up 166%, Whites up 137% and Latino people up 122%.

Hospitalizations, meanwhile, reached 320 people based on state figures, up from 296 a day earlier.

Deaths, meanwhile, have gone down slightly in recent days — however, Thursday’s reported 11 fatalities threatened to send rates right back upward again. A total of 24,525 have lost their lives to COVID-19 in L.A. County. More than 1.2 million people have tested positive for the virus since the pandemic began.

The rise in new cases lately is related to increased circulation of the Delta variant, the most infectious mutation of the virus that researchers have encountered so far, which was now showing up in more than half of sequences tested by L.A. County labs, according to Public Health Director Barbara Ferrer.

“Even without the case rates that we saw in the surge these disproportionate case rates are troubling,” Ferrer said. “Slowing transmission back down is our best protection against these viral mutations.”

The county has experienced a rise in daily COVID-19 infections over the past two weeks. On Saturday, officials reported more than 600 new cases, nearly triple the numbers being reported in mid-June. On Wednesday, it reported 515 new infections, on Tuesday 275.

Those still contracting COVID-19 are largely unvaccinated with county officials documenting very few cases of fully vaccinated individuals that still got sick and died, though extremely rare. Out of 4,671,311 people fully vaccinated, 2,822 tested positive, 195 were hospitalized and 21 of them died, according to L.A. County Public Health.

“While emerging data affirms that fully-vaccinated people are well protected from the Delta variant, people with one vaccine dose are not as much protected and a small number of fully vaccinated people may be able to become infected and infect others,” Ferrer said.

Black residents continued to represent the group with the lowest percentage of vaccinated individuals at 45% of eligible recipients with at least one dose. Among Latino residents , 54% were vaccinated. Among White residents 65% and Asian residents 76% had at least one shot.

Nearly 5 million L.A. County residents were now fully vaccinated with more than 5.8 million having received at least one dose so far.