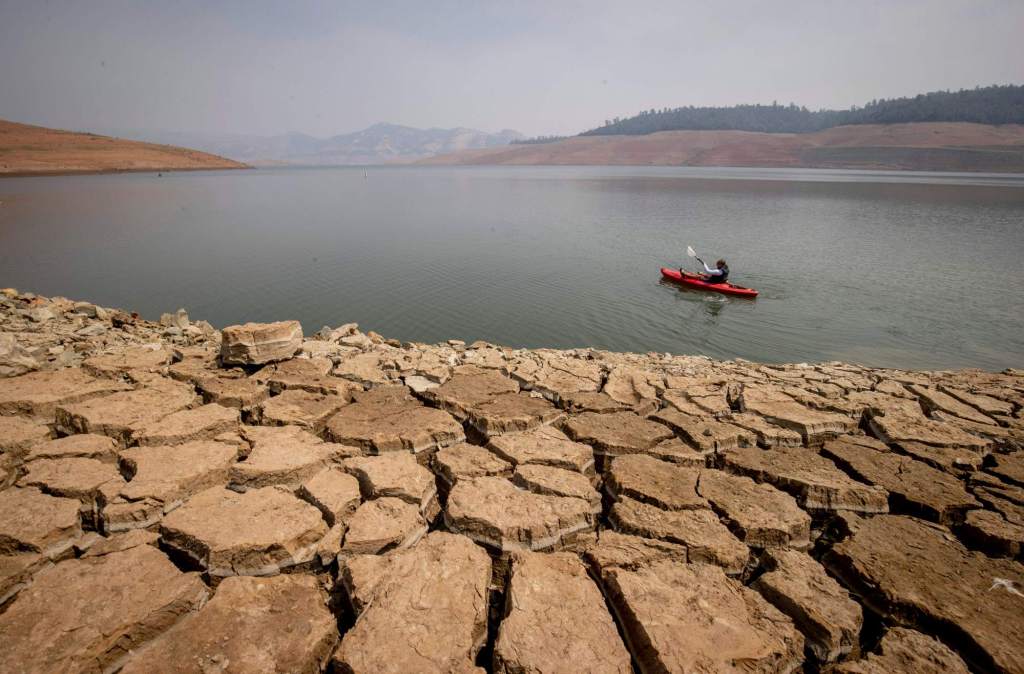 “We need immediate action to preserve and stretch our limited State Water Project supplies,” Gloria D. Gray, chair of the Metropolitan Water District Board of Directors, said in a statement. “Southern California on average gets about one-third of its water from Northern California via the state project. Next year, we’ll be lucky to get a small fraction of that.”

The declaration by the MWD board follows an Oct. 19 proclamation by Gov. Gavin Newsom of a statewide drought emergency. Newsom had previously issued the declaration for other parts of the state, but his October extension added eight counties that had originally been excluded — Los Angeles, Orange, Riverside, San Diego, San Bernardino, Ventura, Imperial and San Francisco.

In July, Newsom called on residents statewide to cut their water use by 15% below last year’s levels to help alleviate drought conditions. But state figures showed that by August, residents had only reduced use by about 5%.

MWD officials on Tuesday noted that in August, Lake Oroville — the primary reservoir on the State Water Project — had reached its lowest-ever level.

The MWD emergency declaration calls on its member agencies that rely on State Water Project supplies to increase conservation measures or find other ways of reducing their use of the SWP supply.

The LADWP receives an average of 41% of its water supply annually from MWD through the State Water Project. Anselmo Collins, assistant general manager of the DWP’s Water System, issued a statement urging residents to heed the call for conservation.

“The drought that we are currently facing is serious,” Collins said. “We urge everyone to take a closer look at how they are using water inside and outside their home because the water we save now is water in our reservoirs for next spring and summer when demand typically goes up. We are also closely monitoring supply conditions and may call for additional measures to step up conservation, should that become necessary.”

In July, Newsom said a 15% cut in water use statewide would save 850,000 acre-feet of water — enough to supply more than 1.7 million households for a year. He urged residents to limit outdoor watering, use recycled water when possible outdoors, take shorter showers and only run dishwashers and washing machines when they are full.