Southern California storm will ‘chip away’ at drought, but drier-than-normal winter is forecast 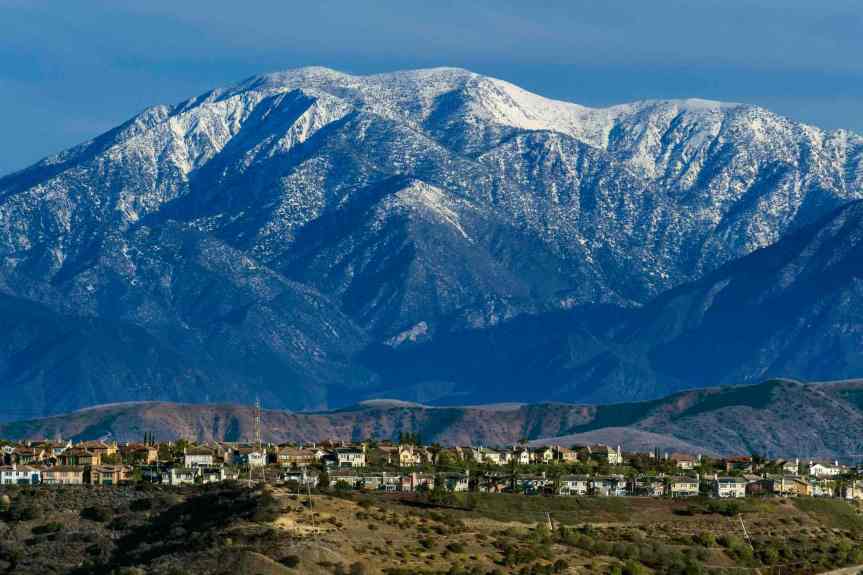 Tuesday’s storm that brought record rainfall to Southern California increased the seasonal totals to about normal, but the outlook for the winter is continued drought and a continued need to conserve water, weather scientists said Wednesday, Dec. 15.

“There is no reason to get excited now because we are early in the season. We won’t know the condition of the water year until the wet season is over” at the end of March, said Jeanine Jones, the drought manager and interstate resources director for the state Department of Water Resources.

Forecasters believe that the rainfall in Southern California this winter will be 60% of average.

Since Oct. 1, which is considered the start of the “rain year,” John Wayne Airport in Santa Ana has received 2.3 inches of rain, compared to the average of 2.17 by this date, said James Brotherton, a National Weather Service meteorologist. But in the calendar year, the airport has received 5.5 inches, compared to the normal 10.

Los Angeles has received 1.8 inches since Oct. 1, compared to a normal 2.1; 5 inches of rain has fallen on LA since Jan. 1, less than half of the normal 11 inches for this date.

The mountain resorts are open in Southern California after receiving anywhere from 6 to 12 inches of snow Tuesday, and more could be on the way.

A light rain is forecast for Thursday, and although the next storm is too far off to predict with great accuracy, Brotherton said, heavy rain could fall Monday night through Wednesday.

“That could be a substantial rainmaker,” he said.

A drought is less-than-normal rainfall for a particular area for a given period of time. Or for hydrologists, Jones suggested, it’s sub-normal runoff. And for water providers, a drought is diminished supplies.

There are several categories of drought. In a severe drought, crop losses are likely, water shortages are common and consumption restrictions are likely to be imposed. Those losses and shortages are exacerbated in the more dire categories, extreme and exceptional.

“For Southern California, we’re still in a drought, anywhere from a moderate drought in San Diego County, to a severe drought in Orange, Riverside and San Bernardino counties,” Brotherton said. Los Angeles County is in worse shape, with most of it in an extreme drought and the northwest tip in an exceptional drought along with California’s breadbasket, the Central Valley.

“The substantial rain and snow (Tuesday) will chip away at that a little bit,” Brotherton said.

But that storm was not part of the recent trend, and Erin Mellon, a spokesperson for Gov. Gavin Newsom, said Wednesday that the governor is still encouraging residents to cut water use by 15%.

California has experienced more periods of drought in the 20th and 21st centuries than in previous centuries, and Jones expects that to continue, attributing it to climate change.

“The big picture overview in California is that the extremes become more extreme. We see more drought-like conditions, but at the same time, some of our big storms are expected to get worse,” she said.

California is in the midst of a La Niña year, when the cooling of the Pacific Ocean causes drier conditions in the state.

“So there is a good expectation that this year is likely to be dry. We always encourage people to conserve water,” Jones said.