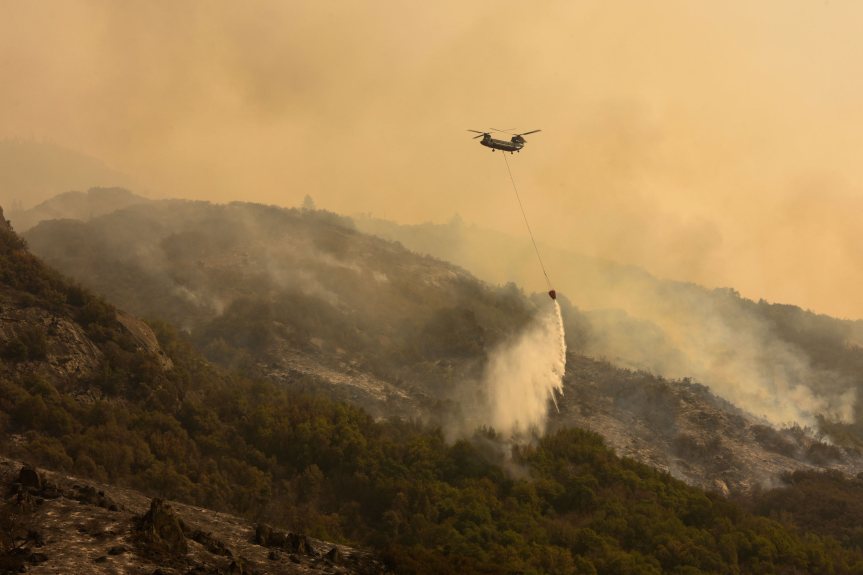 Reports of people seeing smoke in many locations throughout Southern California are likely due to wildfires in Northern and Central California, officials said.

Both the Los Angeles Fire Department and the San Bernardino County unit of Cal Fire tweeted out statements saying reports have been made for the LA basin area as well as the San Bernardino Mountains.There are a number of fires burning in Northern California, including the Fawn fire near Lake Shasta and the KNP Complex fire in Sequoia National Park. That park has also seen a second blaze, called the Windy fire. Cal Fire has said that 9,300 personnel remain assigned to 10 active large wildfires.

According to the Air Quality Management District, the current air quality is good in most places, moderate in several Los Angeles areas. The National Weather Service has reported the smoke will linger over the next few days and people should limit their outdoor activities.