Robert Durst has COVID-19, is on ventilator 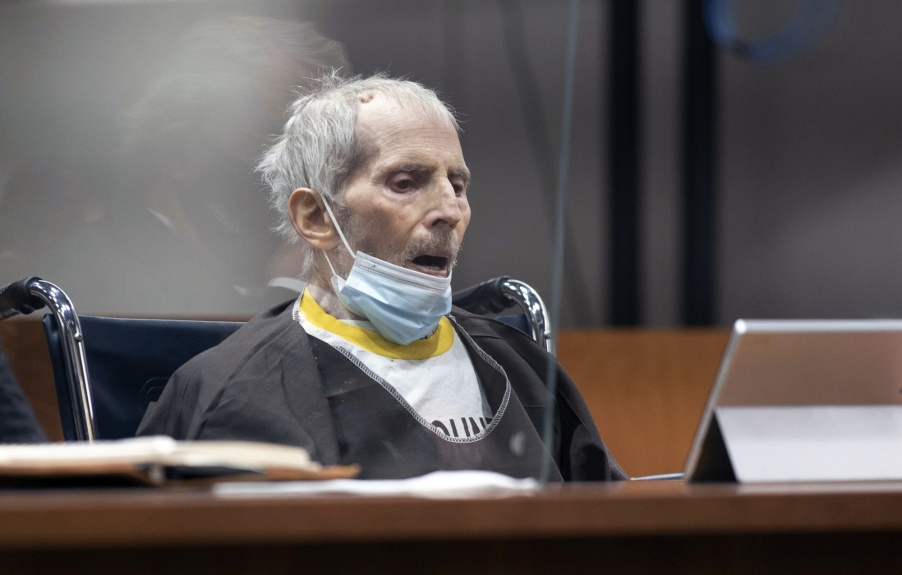 New York real estate heir Robert Durst, who was sentenced to life in prison Thursday for killing a longtime friend in her Benedict Canyon home over two decades ago, has contracted COVID-19 and is on a ventilator, it was reported Saturday.

Dick DeGuerin, the lead attorney for the 78-year-old Durst, told the Los Angeles Times that his client had been hospitalized, and had been in bad shape during his sentencing hearing.

It was not clear when or where Durst was hospitalized. Attempts to reach DeGuerin and the Los Angeles County Sheriff’s Department for further details were not immediately successful.

Durst, who often appeared frail during his lengthy murder trial, was held in a wing of LA County/USC Medical Center during the proceedings.

He sat quietly in a wheelchair Thursday as Los Angeles County Superior Court Judge Mark Windham sentenced him to life in prison without the possibility of parole. DeGuerin vowed to appeal his conviction for the killing of Susan Berman, who was shot in the back of the head just before Christmas Eve 2000.

Durst was convicted Sept. 17 of first-degree murder, with jurors also finding true the special circumstance allegations of murder while lying in wait and murder of a witness. Jurors also found true allegations that Durst personally used and discharged a firearm during the commission of the crime.

Prosecutors argued that Durst shot Berman and then his neighbor, Morris Black, in Galveston, Texas, nine months later in the head because each of them had damaging information against him and feared they would speak to authorities after a re-investigation was launched into the 1982 disappearance of his first wife, Kathleen “Kathie” Durst, whose body has never been found.

Durst spent 14 days on the stand and repeatedly denied being involved in Berman’s killing, and testified that he wrote a so-called “cadaver” letter to police after finding Berman’s body while using a key she had sent him to enter the 55-year-old writer’s house.

Durst has also denied any involvement in his first wife’s disappearance, and he was acquitted in Texas of Black’s murder after testifying that the gun went off during a struggle over the weapon.

Durst’s trial began in March 2020, initially at the Airport Courthouse in Los Angeles. The trial was subsequently moved to a larger courtroom in Inglewood due to social distancing concerns because of the COVID-19 pandemic, which forced a delay of about 14 months in the trial. Jurors returned to court in mid-May, when attorneys gave a new and abbreviated round of opening statements before testimony resumed.

Within less than a week of the jury’s verdict, Durst’s defense team filed a motion seeking a new trial for their client, contending there was “insufficient evidence to support the conviction beyond a reasonable doubt, and the verdict was contrary to the evidence and the law.”

The judge denied the defense’s motion, explaining that “there is sufficient evidence, indeed overwhelming evidence, of guilt.”

Windham called the victim “an extraordinary human being” and said he wished he could have known her, saying that her death was an “awful, disturbing crime” and “a terrible loss to our community.”

Durst has been behind bars since March 14, 2015, when he was taken into custody in a New Orleans hotel room hours before the airing of the final episode of the six-part HBO documentary series “The Jinx: The Life and Deaths of Robert Durst,” which examined the disappearance of Kathie Durst and the shooting deaths of Berman and Black.

During his time on the stand, the defendant told jurors that a bathroom recording of him shown in the series in which he said, “There it is, you’re caught,” referred to the cadaver note he ultimately admitted writing.

Durst had been confronted by Andrew Jarecki — director and co-producer of “The Jinx” — about the cadaver note and two envelopes addressed to Berman and acknowledged that it was pretty obvious that the handwriting was the same, even though he had denied for years that he had written the note to police about Berman’s body.

Durst subsequently admitted that he wrote the letter.

In his final argument, Deputy District Attorney John Lewin told the jury that there was a “mountain of evidence” against Durst, whom he said “killed three people,” and that it is time for Durst to be “held accountable.” The prosecutor noted that Durst’s wife had mysteriously disappeared never to be seen again, that Berman was killed after telling Durst she was going to talk to police looking into Kathie Durst’s disappearance, that Black was killed and dismembered and that a mutual friend of Durst and Berman testified that Durst had told him about Berman, “It was her or me. I had no choice.”

Another prosecutor, Habib Balian, told jurors the killing was “planned” and “premeditated,” and that “Susan knew her killer and let him into the house” before being shot in the back of the head when she turned her back.

Balian noted that Durst acknowledged that Berman had told him she was going to speak with police after the investigation was reopened into Kathie Durst’s disappearance.

One of Durst’s attorneys, David Chesnoff, urged jurors in his closing argument to acquit the defendant, whom he had described earlier as “sick and elderly.”

Chesnoff told jurors Berman did not make a phone call posing as Kathie Durst to the medical school where the missing woman was a student — as the prosecution contends she did to provide an alibi for Durst — and that she “wasn’t a witness to anything.” The defense attorney contended that the initial investigation by Los Angeles police into Berman’s killing was “shoddy and incomplete,” and that police didn’t even find a fingerprint from Durst even though he acknowledged being near the body of the 55-year-old woman he had met at UCLA years earlier.

“Who else did they miss?” Chesnoff asked. “They missed the real killer … This was a botched investigation. Now let’s blame it all on Bob. That’s what we always do and people wonder why Bob Durst was running — because it never stops. You will put a stop to it.”

The Los Angeles Times reported earlier this month that the Westchester County District Attorney’s Office in New York would be convening a grand jury within a few weeks involving the disappearance of Kathie Durst.

Durst has long been estranged from his real estate-rich family, which is known for ownership of a series of New York City skyscrapers including an investment in the World Trade Center. He split with the family when his younger brother was placed in charge of the family business, leading to a drawn-out legal battle and ultimately reached a settlement in which the family reportedly paid him $60 million to $65 million.