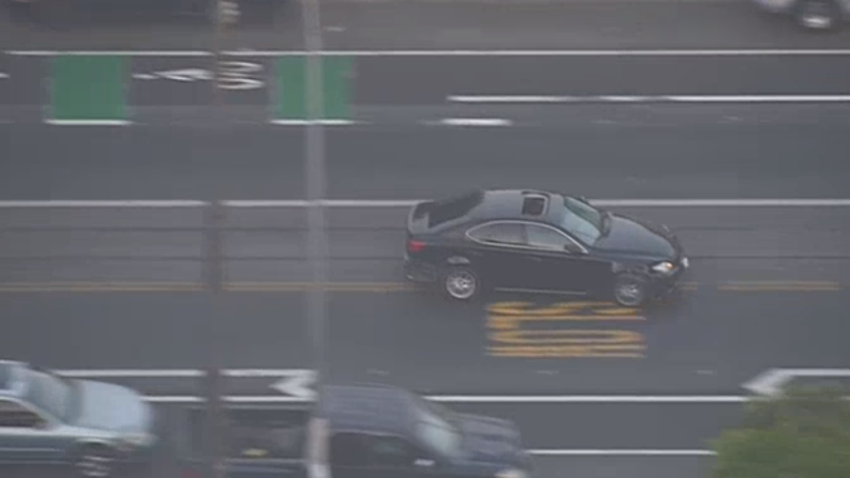 A driver was arrested after swapping cars and leading the LAPD on a pursuit in the Los Angeles area that ended in a violent crash Sunday.

Newschopper4 Bravo was over the pursuit around 6:31 p.m. The driver lost a tire going over a spike strip but continued to weave through streets.

Around 6:40 p.m., the driver left the car and hopped into another. He didn’t heed stop signs and nudged cars that were in his way. He seemed to lose control as the condition of his tire deteriorated.

Around 6:47 p.m., the driver recklessly sped through the intersection of Manchester and Wadsworth avenues and was T-boned by another vehicle.

It was not immediately clear what lead to the pursuit and if anyone was injured during the crash.