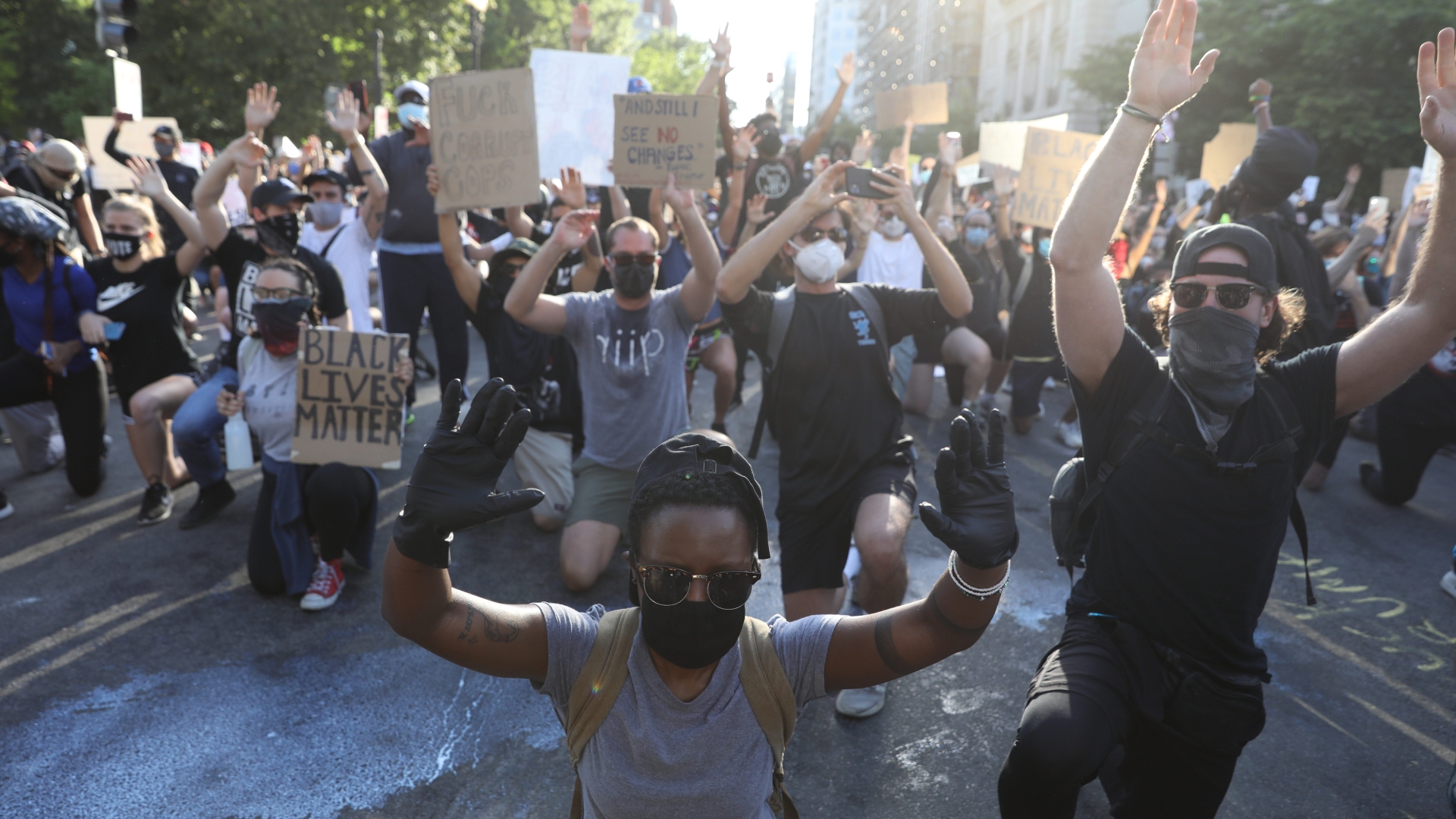 Several hundred people took part as local pastors and community activists called for continued peace as protests are held over the death of George Floyd.

“We’re here today as a community of faith and churches in action,” said one pastor. “We’re here as people of faith to send a strong message, of what the family of George Floyd has asked us to do, and that is protest and demonstrate in a peaceful manner.”

There was only a light police presence near the event, with officers lined up to protect LAPD headquarters. Some police officers took a knee with the protesters in a show of support and there were no disruptions reported.