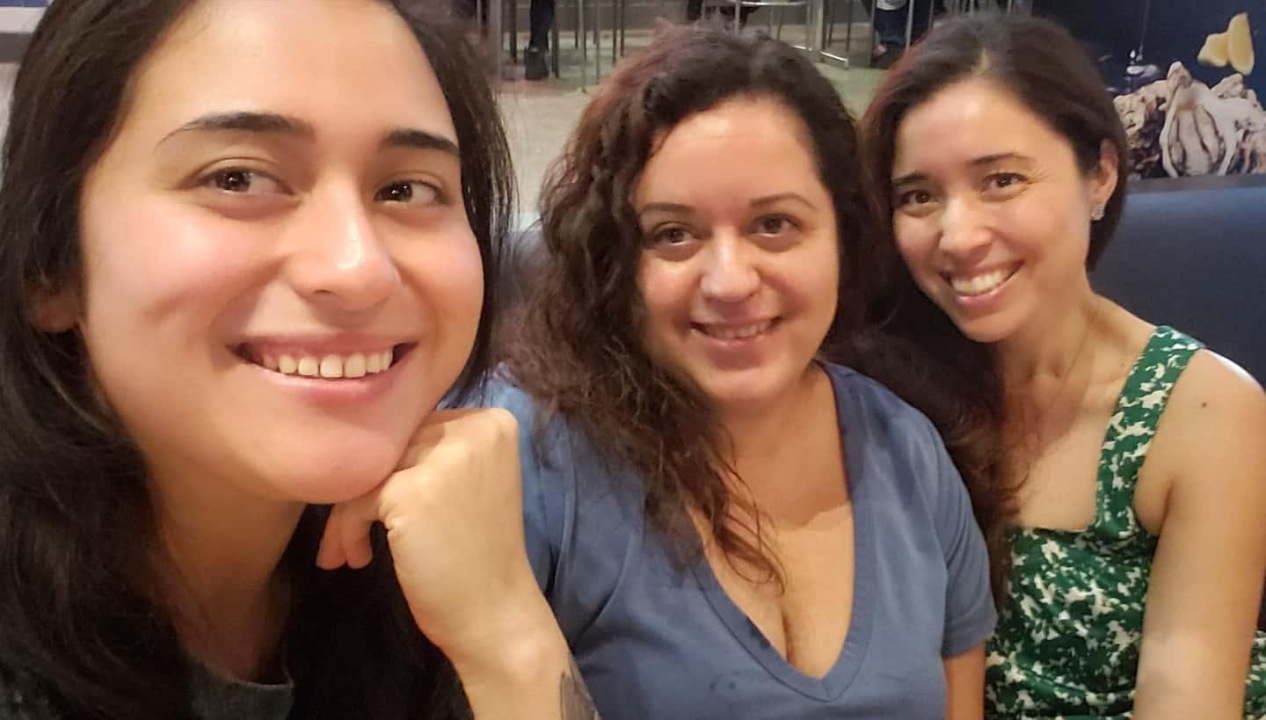 Cindy Zepeda, an employee at a Baldwin Park call center for Kaiser Permanente, started feeling ill. It was July, about five months into the coronavirus pandemic, but the Monrovia resident wasn’t sure if it was COVID-19. So she waited about three days after first experiencing symptoms to get tested. The next day she received the result: Positive.

Three days later, Zepeda died at home. She was 38. She was the proud mother of a 21-year-old daughter serving in the U.S. Navy.

And she was pregnant.

It was a shocking turn of events that shattered her daughter, Scheccid Zepeda, stationed at the time in Japan. The two had a close bond. In a way, the younger Zepeda said, the pair grew up together, since her mother had her as a teenager and was a single mom.

“Being her only child, I keep thinking I’m not going to get another message from her, another phone call,” Scheccid Zepeda said in a telephone interview recently from Japan. “She’s not going to see me get married or be able to hug her future grandchildren.”

For the sailor, dealing with the loss — which also included her prenatal sibling — has been especially difficult because she was so far away at the time of her mother’s death. She had plans to return home when her mother died suddenly.

“I tried to stay in communication with her,” Scheccid Zepeda said. “She was looking forward to seeing me and we had plans for when I got back.”

While the overall risk of severe COVID-19 symptoms for pregnant women is low, physicians say, pregnancy does increase the chances of severe illness. In Cindy Zepeda’s case, there could have been other contributing factors, though it’s impossible to know for certain without more information, said Dr. Erin Saleeby, chair of the Department of Obstetrics and Gynecology at Harbor-UCLA Medical Center.

“For those pregnant women who end up having a severe form of COVID, it can be an especially severe form,” Saleeby said. “Yes, there is some increased risk, but in absolute numbers, it’s a smaller group of women who will develop severe disease.”

It’s possible there could have been other factors contributing to Cindy Zepeda’s seemingly sudden death, Saleeby said. She had diabetes, one of the pre-existing conditions known to worsen outcomes from the coronavirus. And she was also pregnant, which at age 38 carries risks of its own, such as pulmonary embolism related to blood clotting, something also caused by severe cases of COVID-19.

“With limited information, it sounds more like her case could be related to some of the known, though rare, factors, which include pulmonary embolism,” Saleeby said. “In the first trimester, we aren’t seeing any increased risk for having additional care needs when compared to non-pregnant people.”

Every pregnant woman, Saleeby said, should pay special attention to their health and if they experience difficulty breathing while doing simple tasks around the house, they should consult their doctor.

“It’s not unusual to deteriorate really quickly,” Saleeby said. “From symptoms, it can take up to a week. It would be very uncommon, though, to have truly mild symptoms and then an acute episode of death.”

Scheccid Zepeda said her mother reported feeling weak so she went to an emergency room, where doctors instructed her to return home — though the daughter said she was unsure why.

“She said her lungs were hurting,” Scheccid Zepeda said, “and she was having a hard time catching her breath and wasn’t able to walk.”

As the coronavirus pandemic drags on, it’s become clear — based on protests to reopen businesses and family gatherings that led to a post Thanksgiving surge — that many of those personally unaffected by the disease may view COVID-19 as nothing more than meaningless numbers and headlines.

But for people like Scheccid Zepeda — one of countless family members and friends mourning for the more than 9,000 L.A. County residents who have died from coronavirus-related causes — the pandemic is all too real.

“I feel like until someone close to them gets impacted, they won’t take it seriously,” Scheccid Zepeda said. “If someone out in the street told me this is fake, this is not real, it’s just a bunch of bogus stuff, I would tell them I lost my mom to this.”

Her mother was one of the 122 health care workers and first responders who have died from coronavirus-related causes as of Dec. 16. The majority of those worked at skilled nursing facilities, but others such as Cindy Zepeda worked tangential to patient care.

In recent weeks, there’s been a dramatic rise in coronavirus cases among health care workers, with more than 5,500 testing positive within the past three weeks just as hospitals were treating a record number of coronavirus patients.