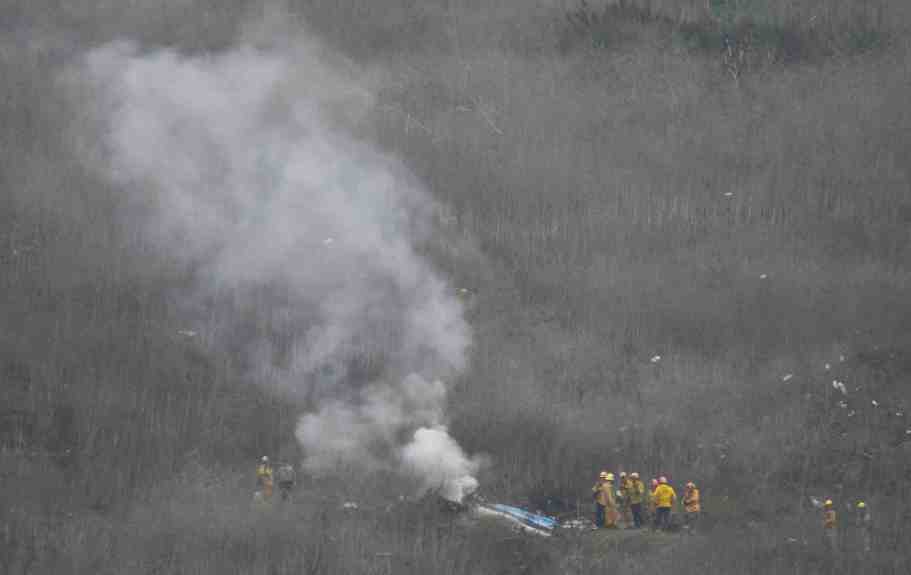 The National Transportation Safety Board has unanimously determined that a helicopter pilot became disoriented while trying to climb above cloud cover before crashing into a Calabasas hillside, killing Lakers legend Kobe Bryant, one of his daughters and seven others.

The determination, based on the results of a lengthy investigation by the agency’s staff, was adopted in a remote hearing that was live-cast early Tuesday morning, Feb. 9.

During a four-hour meeting, the five-member panel took several votes, all in agreement on the cause of the Jan. 26, 2020, crash.

NTSB investigators put the blame for the crash on the pilot, Ara Zobayan, determining that he did not follow his training or come up with a backup plan to deal with worsening weather.

They also determined that the pilot likely put “self-induced” pressure on himself to continue the flight for his famous client and that may have contributed to the crash. Charter flights are not rated to fly in dense cloud cover that would severely reduce visibility, authorities said.

The NTSB investigation found no indication that Bryant, or the helicopter company, actually pressured Zobayan to keep going despite cloudy conditions.

Island Express declined to comment Tuesday on the NTSB findings.

NTSB staffers told the board that the pilot may have believed he was climbing when the helicopter was actually descending.

“We are talking about spatial disorientation, where literally the pilot may not know which way is up or down, whether he or she is leaning left or right,” NTSB Board Chairman Robert L. Sumwalt said.

“It’s not like in this crash the pilot was just flying along and didn’t know where the hills were and blundered into the side of a hill,” he said.

Investigators said Zobayan should have steadied the helicopter, climbed slowly and reached out to air traffic controllers to declare an emergency. NTSB Board member Michael Graham, a career aviator, said the pilot “didn’t even follow the training.”

Among what the NTSB board called several “poor decisions” made by the pilot was traveling, leading up to the crash, at excessive speeds in bad weather.

Investigators and board members did note that Zobayan was an experienced and well-regarded pilot.

“Good people can make a bad decision, and we wanted to get to the bottom of why,” Bill English, the investigator in charge, told the board.

The Sikorsky S-76B helicopter carrying them took off from John Wayne Airport just after 9 a.m. for Camarillo Airport. Forty minutes later, the aircraft was heard cruising low over Calabasas before crashing into the side of a hill.

NTSB documents show Zobayan’s flight path took him above several major highways that morning on the way to Camarillo.

He flew northwest above the I-5 Freeway over Burbank and the San Fernando Valley before turning west over the 118 Freeway. He stayed at around 1,400 feet as he cut southwest to above the 101 Freeway, heading toward the Ventura County border.

The trouble began almost as soon as Zobayan encountered the dense clouds of the Malibu Canyon area.

While still flying west above the 101, Zobayan suddenly made a left turn deeper into the cloudy area – records show he told air traffic controllers he would try to ascend to 4,000 feet to come out on top of the clouds.

But altitude data show he was actually descending, according to the NTSB.

A firefighter who has flown over the area numerous times has described the canyon as trapping the occasional cloud bank as if it were in a bowl. Several pilots familiar with flying in low visibility said they believe Zobayan likely got disoriented in the thick clouds.

Once he was unable to see his surroundings because of the clouds, the pilot should have relied on his instruments for guidance, NTSB officials said, but it is unclear if he did so.

The NTSB board determined that a terrain-awareness warning system wouldn’t have prevented the crash.

Bruce Landsberg, vice chairman of the NTSB board, said Zobayan “knew the terrain, he had been flying in this area for a decade, he had over 8,000 (flight) hours, he could look out the windshield and see he was getting into instrument conditions and went contrary to all of his training.”

Landsberg noted the history of crashes that claimed the lives of celebrities, including Buddy Holly, Patsy Cline, Aaliyah and Stevie Ray Vaughan.

“In all those cases you are dealing with someone of great star-power status and pilots who desperately want to do a good job for the customer,” Landsberg said. “My sense is, the preponderance of evidence indicates this pilot really wanted to get where he was going.”

The NTSB on Tuesday also made several recommendations to improve helicopter safety, including increased training regarding weather conditions for pilots, and requiring crash-proof flight-data recorders and visual and audio recorders.

The victims’ families either couldn’t be reached for comment or declined to talk about the report.

“I have no comment on the report,” Tony Altobelli, the brother of John Altobelli, said in a text. “I have not looked thru it, nor will I look thru it.”

The tragedy of the crash reverberated through Southern California and beyond.

Hundreds of people, many fans of Bryant and the Los Angeles Lakers, crowded the crash site for days. Some of the youth basketball players who saw Bryant at a Mamba Academy tournament the day before showed up from the facility a few miles away. Bryant and his guests had been on their way back to the Academy.

NBA players expressed shock and sadness – some were getting ready to play games when they learned about the crash. Tributes poured out across social media and on game broadcasts.

Some family members of the victims, including Bryant’s widow, Vanessa Bryant, sued Island Express Helicopters. The company sued the air traffic controllers who communicated with Zobayan.

And Vanessa Bryant sued the Los Angeles County Sheriff’s Department after an allegation surfaced that at least one deputy took photos of the victims’ bodies at the crash site and shared them with people at a bar.