Pasadena will allow Rose Bowl name to be used in Texas, just this once 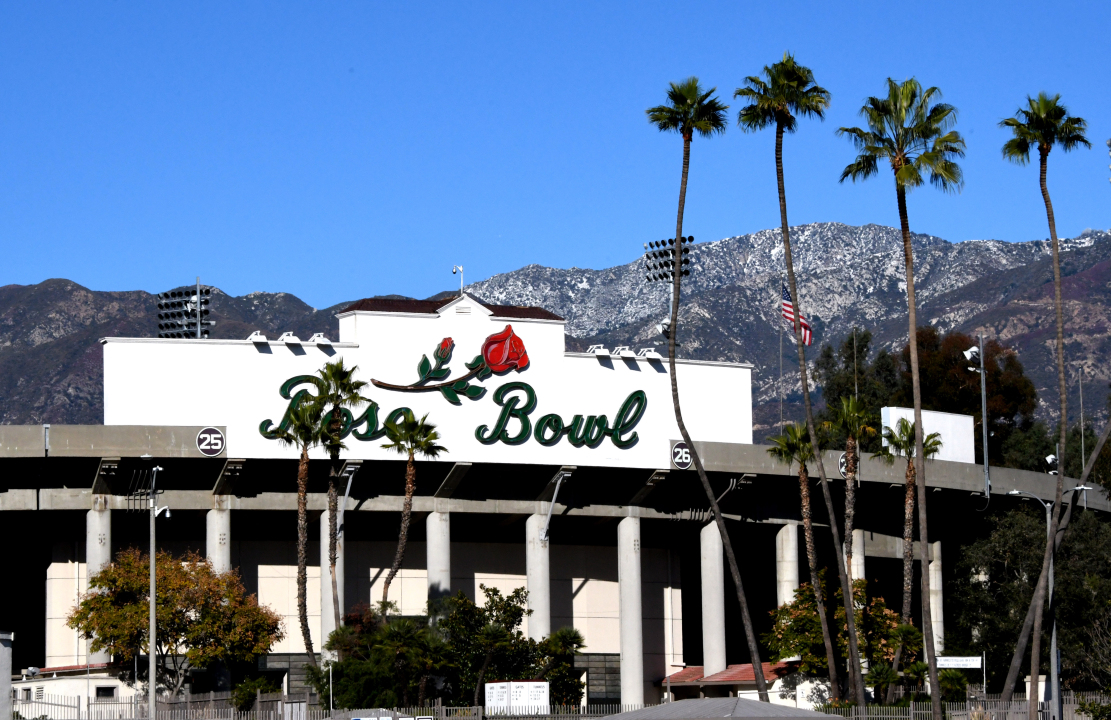 The Pasadena City Council will allow the College Football Playoff semifinal in Texas to call itself the “Rose Bowl Game,” marking just the second time in history that the Rose Bowl won’t be played in Pasadena — something city officials hope won’t happen again.

Citing an unprecedented global pandemic — one that’s only accelerating in Southern California — city officials said they agreed to allow the Tournament of Roses to relocate the Rose Bowl Game to Texas, but said the game “will not relocate again from Pasadena, unless it is forced to due to a national emergency,” according to a news release on Wednesday, Dec. 30.

“The values, the prestige and the meaning of the Rose Bowl Game remain uniquely Pasadena’s and it would be a disservice to the thousands of volunteers and residents if future games were to be considered for relocation,” it continued. “We look forward to welcoming the Rose Bowl Game and Tournament of Roses parade back to Pasadena on January 1, 2022.”

As part of the shift, the Tournament of Roses will pay the city $2 million “to assist the city with its expenses and lost revenue” as result of the game being moved, according to a contract signed this week between the city and Tournament.

The move came more than a week after the Pasadena City Council met in closed session to discuss the issue but didn’t take any reportable action.

Mayor Victor Gordo bemoaned losing the game and its perennial companion, the Tournament of Roses Parade, for the first time since World War II when both were cancelled because the west coast was deemed unsafe after the Pearl Harbor bombing.

“It’s very sad that the parade and the game will not occur in Pasadena this year,” Gordo said in an interview. “The people of Pasadena and beyond, including those in college football, should understand clearly that the Rose Bowl Game, contractually, will be played in the Rose Bowl Stadium on Jan. 1 going forward, absent some world pandemic or world war type of conditions.

“This should not be viewed as a practice going forward,” he continued. “Moving the Rose Bowl Game outside of the Rose Bowl Stadium is not acceptable, nor is it something that I, as mayor of Pasadena, would support absent these extraordinary circumstances.”

The issue has hung in the balance since the state gave a final “no” verdict earlier this month to the game being played with limited fans in attendance, largely family and friends of players, in the 95,000-seat Pasadena Rose Bowl stadium.

Organizers worked to move the game to Arlington, Texas to play in the AT&T Stadium, typically the home of the Dallas Cowboys, where officials will allow a crowd of about 16,000 to watch the University of Alabama play the University of Notre Dame. The winner will advance to the college football championship.

In the updated contract, signed by the Tournament of Roses and Pasadena this week, the city said it believed that the college semifinal game “could be held in a safe and lawful manner at the Rose Bowl Stadium consistent with its recent successful history of hosting four UCLA football games at the Rose Bowl Stadium with all associated broadcast media and game-day crew.”

It notes that the Tournament of Roses and the College Football Playoff organizations pushed to move the game out of Pasadena using the contract’s “force majeure” clause, referring to changes they needed to make due to unforeseeable circumstances, such as an unexpected global pandemic.

Despite agreeing to the shift, “the city does not in any manner whatsoever condone, agree or acknowledge that hosting the (College Football Playoff) game outside of the Rose Bowl stadium is consistent with public health” goals, the updated contract says.

Eads stressed that the “home of the game is, and always will be, Pasadena.”

He said the Tournament of Roses did everything in its power to keep the game in Pasadena.

“As recently as two weeks ago, we believed the game would be played in the Rose Bowl Stadium,” Eads continued. “But as COVID cases increased, ICUs filled, and we couldn’t be assured that even player injuries could be adequately treated if necessary, we had to accept the (College Football Playoff’s) decision to temporarily relocate the game.”

According to the contract, the telecast on ESPN will emphasize the game’s unique relationship to Pasadena.

As for the Rose Parade, which typically precedes the New Year’s Day football game, the Tournament of Roses will be showing a two-hour television event with prerecorded performances from musical artists, celebrities and a peek at how float builders make the magic happen.