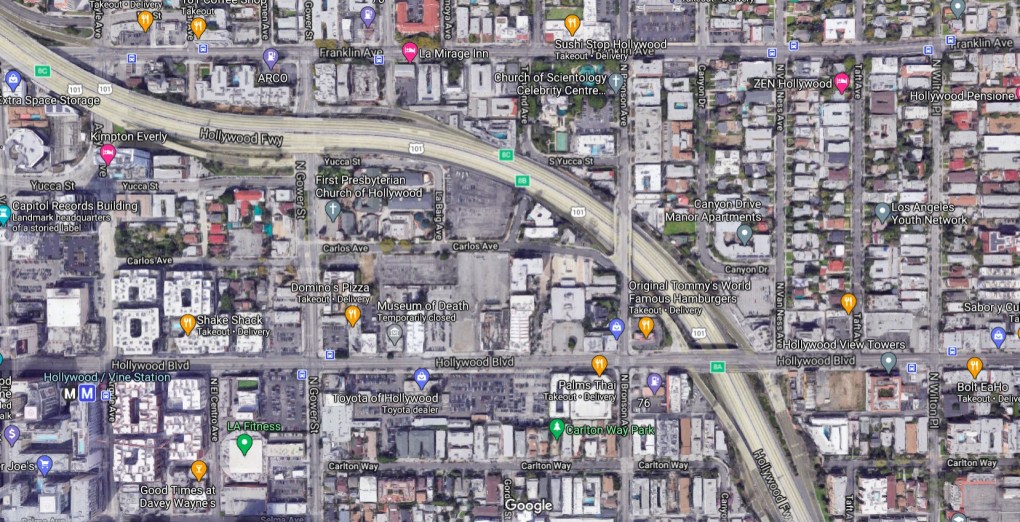 A man driving the wrong way on the northbound 101 Freeway in Hollywood was killed early Thursday morning in a head-on crash that left the other motorist critically injured, the California Highway Patrol reported.

The collision was reported about 1 a.m. north of the Hollywood Boulevard exit, according to the CHP.

The 24-year-old Paramount man, who was driving a 2008 BMW, died at the scene, the CHP reported. His name was withheld, pending notification of his relatives.

A 33-year-old Newbury Park man was taken to a hospital for treatment of major injuries, the CHP reported.

According to the CHP, the BMW driver was traveling south in the northbound lanes when his BMW hit the Newbury Park man’s 2014 Subaru head-on. Two other vehicles also were involved in the chain-reaction crash, but neither motorist was injured, the CHP reported.

All northbound lanes of the freeway were blocked at Hollywood Boulevard until about 4:45 a.m.

Anyone with information on the crash was urged to call the CHP Central Los Angeles Area office at 213-744-2331.