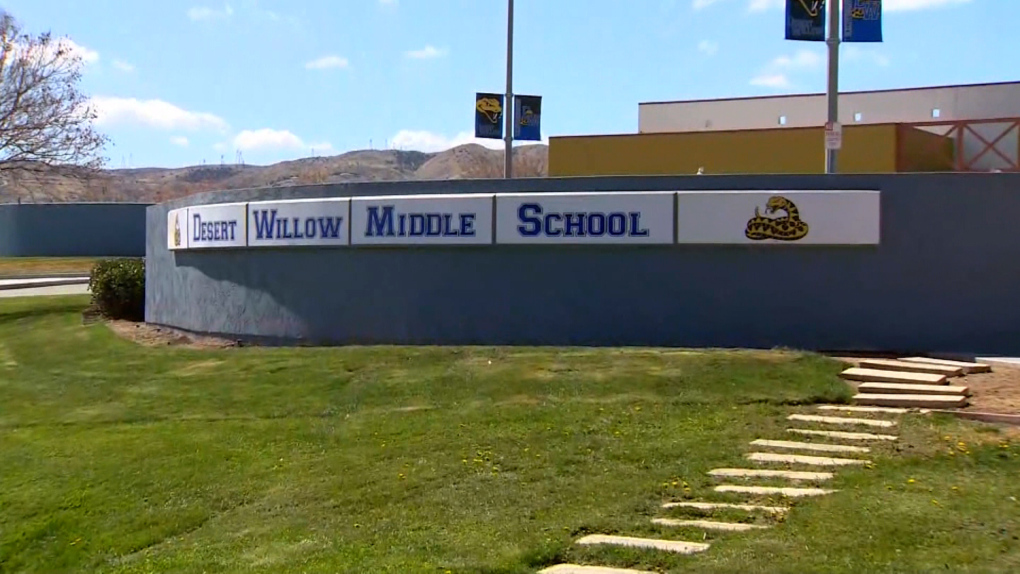 After a Zoom call with a student and his mother, a California teacher who thought the call had ended was recorded saying her student has learned to lie and make excuses, calling the parents “pieces of sh*t” and saying “this is what Black people do,” according to the mother’s attorneys.

Now, the mother from the parent-teacher call, Katura Stokes, has sent a pre-suit claim — a precursor to a lawsuit — to the school district for monetary compensation for emotional distress, defamation, negligence and discrimination, according to Stokes’ attorneys and a copy of the claim provided to CNN.

Stokes’ sixth grader had struggled since his school transitioned to online learning last year at the start of the coronavirus pandemic, her attorneys say.

Stokes reached out to school officials at Desert Willow Fine Arts, Science and Technology Magnet Academy in Palmdale, California, — 37 miles north of Los Angeles — to get some help, according to a news release from Taylor & Ring, the law firm representing Stokes.

The teacher scheduled a Zoom call for January 20 with Stokes and her son, who is not named, and worked through recent assignments with him, according to the pre-trial claim. By the end of the call, the teacher assured him that he was caught up, the claim says.

“Given her son’s struggles Ms. Stokes was very pleased to hear this,” the claim says.

After the video conference, the teacher didn’t end the Zoom call and made comments to someone else in the video, which caught Stokes’ attention, the news release says. It prompted Stokes to record what she and her son heard for almost 30 minutes, it says, because she couldn’t believe what she was hearing and thought no one would believe her otherwise.

The school district has not named the teacher, however the pre-suit notice of claim identifies her as Kimberly Newman, the son’s sixth grade science teacher. Garcia said the district has not received the formal pre-suit claim as of Wednesday morning.

CNN has reached out to the teacher’s attorney but has not heard back.

Stokes and her attorneys filed the pre-suit claim “in an effort to shed light on an educational system and district that creates unequal educational experiences for its minority students,” according to the news release.

“The horrible comments the teacher made in the video are truly heartbreaking for a mother to hear and for her young son to hear,” John C. Taylor, one of Stokes’ attorneys, said. “It’s unthinkable that an educator would mock and belittle this family, and there is no doubt that this incident has scarred them. All children are entitled to receive an educational experience free of discrimination and this video has demonstrated what minority students often face behind the scenes today.”

CNN has reached out to Stokes, but Taylor said she’s declining to comment further at this time.

In the videos, the teacher talks about having difficulty reaching her students’ parents, calling multiple times with no response, though the teacher never mentions Stokes by name.

“These parents are such f**king liars,” the teacher says on one video.

“I mean these parents — that’s what kind of pieces of sh*t they are. Black. She’s Black. They’re a Black family,” she says in another clip.

“Your son has learned to lie to everybody and make excuses,” the teacher says in a video.

“Are you serious?” Stokes can be heard whispering to herself as she listens.

Stokes called the principal of Desert Willow Fine Arts, Science and Technology Magnet Academy while the teacher was still talking openly on Zoom, and the principal then told the teacher her audio and video was on, according to Garcia.

“This is something we took very seriously and within minutes placed the teacher on paid administrative leave as part of a process involved with such a situation and within days was no longer employed with the district,” he said.

When the school set up an interview to begin investigating the incident the next day, “the teacher made a statement that they’d rather resign than go through this and marched out the door,” Garcia said.

“This video clearly shows that unequal educational experiences for minority students exist,” Neil Gehlawat, another attorney for Stokes, said. “Like many parents whose children have struggled to transition to online schooling during the pandemic, Ms. Stokes reached out for help — and in return, she discovered that her son was being treated unfairly because of the color of his skin.”