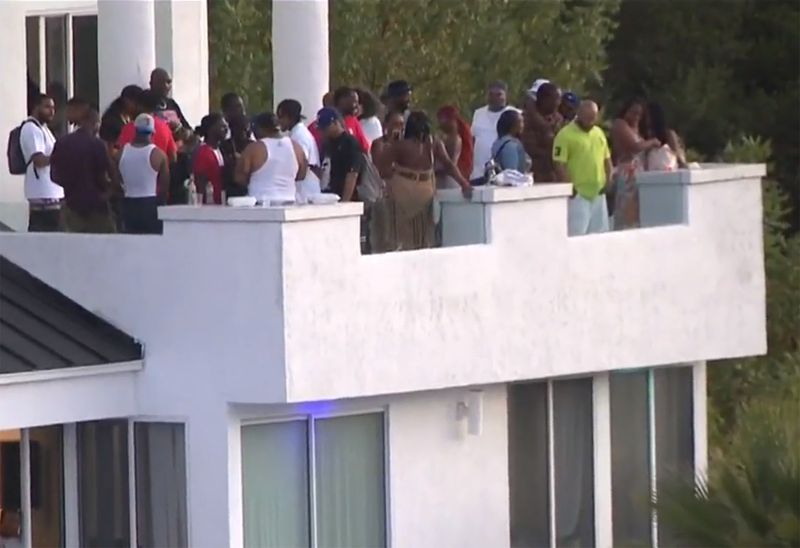 One person was killed and two others were critically wounded in a shooting at a Los Angeles mansion party early Tuesday morning, police told the Daily News.

A spokesman for the Los Angeles Police Department said officials were still gathering information on the party thrown on Mulholland Drive, but confirmed that all three people were shot.

The two injured are in stable condition, the spokesman said.

An almost 11-minute Instagram video showing off the expensive cars parked outside the party purportedly captured the gunshots, at least 20, and people running away screaming just before 1 a.m.

Police sirens can be heard in the background just before the video cuts off.

Kennie D. Leggett, who said he was handling security for the party, told CBSLA that the revelers were celebrating a player who had recently been drafted into the NFL.

“We have money,” Leggett said. “We are people. This, COVID I mean, is just pushing us out everywhere, and we have nothing, so the only thing we do have is Airbnbs to rent, swimming pools for our kids, to do big things and things of that nature.”

The NFL draft was held virtually on April 23 and 24.

The Los Angeles Police Department couldn’t confirm the owner of the house or the purpose of the party.

Police officers had responded to a disturbance call at the mansion earlier that evening and found almost 200 people packed onto the terrace and into the pool, but couldn’t enter to break up the party without a warrant.

Parties “of any size” have been banned by the L.A. County Department of Public Health as coronavirus protocol.

It’s unclear if police have any suspects in the shooting.