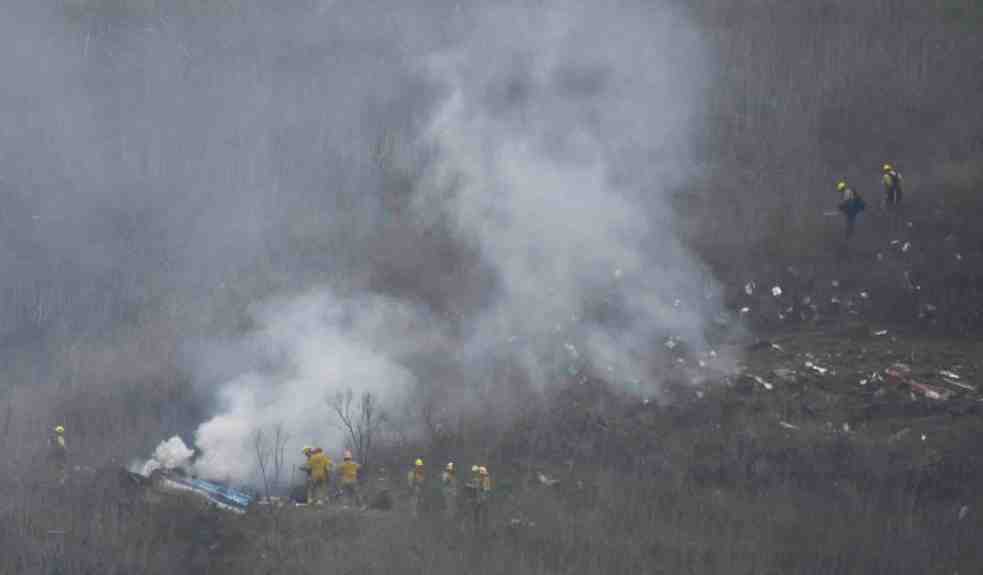 What caused the helicopter crash that killed Kobe Bryant, his 13-year-old daughter and seven others in Calabasas last January will be under review Tuesday, Feb. 9, as the National Transportation Safety Board examines what investigators found after poring over the crash site, interviewing witnesses and poking through the twisted remains of the aircraft itself.

An NTSB hearing on the cause will begin at 6:30 a.m. PT. Due to social distancing requirements for the COVID-19 pandemic, the hearing will take place virtually — the board members and investigators will meet over video, with the hearing livestreamed for the public on the agency’s website, https://ntsb.windrosemedia.com

The NTSB will determine the probable cause of the crash, exactly two weeks following its one-year anniversary. The Jan. 26, 2020 crash involved a Sikorsky S-76B helicopter carrying Lakers legend Bryant, his daughter Gianna, members of their club basketball team and their parents, and the pilot, Ara Zobayan, to a tournament at the Mamba Sports Academy in Calabasas that morning.

The helicopter flew into a patch of dense fog that settled over the area, then crashed into the foothills of the Santa Monica Mountains just south of the 101 Freeway.

The NTSB reviews all civilian aircraft crashes in the United States. The agency has said its investigations typically take about one year to complete.

NTSB investigators released a preliminary report in February 2020 that detailed the final moments of the helicopter journey. By June 2020, the agency had released 1,000 pages of documents related to the investigation. But determining the probable cause of the crash remains up to the NTSB members on Tuesday.