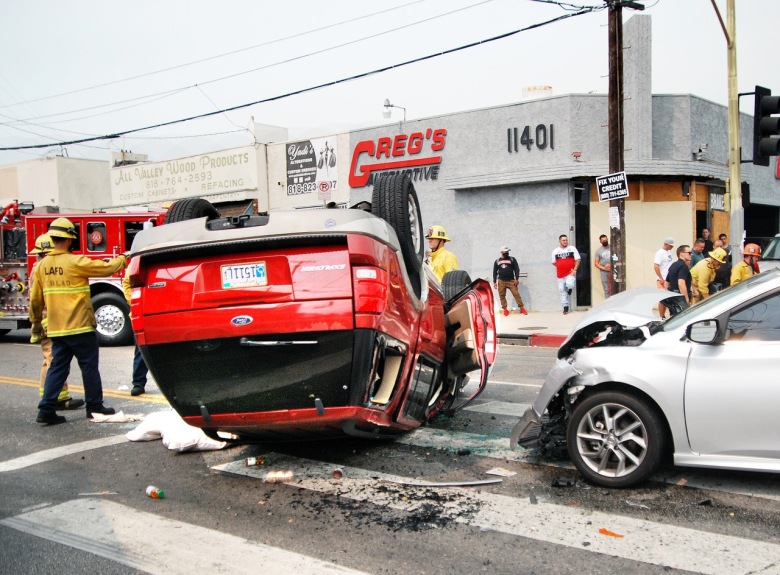 Paramedics were sent to the 11400 block of Vanowen Street about 12:30 p.m., according to the Los Angeles Fire Department.

A Ford Explorer overturned, but no one was trapped in the wreckage, the LAFD reported.

Three vehicles were involved in the crash, said a photographer at the scene.

The circumstances of the crash were under investigation.