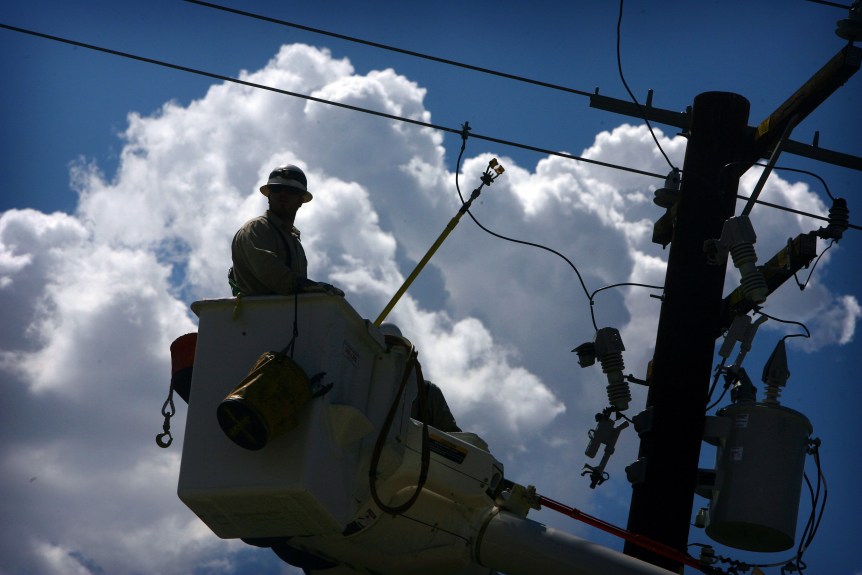 California power managers warned 2.5 million to 3 million customers on Sunday that an unprecedented heat wave could lead to rolling blackouts, though the most of the state appeared to avoid having their lights turned off by the afternoon.

Executives of the California Independent System Operator (ISO) said the state was expected to see power demand outstrip supply by around 4,000 megawatts. The shortage in power came after a line carrying current from Oregon unexpectedly went offline. The cause of the malfunction was unclear Sunday evening.

The grid managers instituted a flex alert for the state at about 4 p.m., after asking the U.S. Department of Energy to unlock about 100 megawatts of power to help cover  California’s needs. That wasn’t enough to prevent the California ISO from declaring a Stage 2 Power Emergency.

The measure authorizes the utility operator to tap into emergency power reserves and call upon assistance from neighboring agencies, California ISO officials said. If conditions do not improve, it may declare a Stage 3 Emergency, which would mean rotating blackouts across the state.

Temperatures Sunday reached well into triple-digits. Some communities saw record heat — Woodland Hills and Chino both reached 121 degrees, the hottest ever temperatures recorded in L.A. County and the Inland area west of the mountains, respectively, according to the National Weather Service.

“Today is probably sizing up to be our most challenging day of the year,” said Eric Schmitt, the System Operator’s vice president of operations. “We have very severe conditions on the system with high loads…I think it’s fair to say that without really significant conservation and help from customers today, that we’ll have to have some rolling outages.”

John Phipps, the grid’s real-time operations director, said power demand was predicted to reach around 49,000 megawatts by Sunday afternoon, at least 2,000 megawatts more than was required on Saturday.

Phipps said power managers were able to avoid rotating blackouts on Saturday, despite demand coming in a little bit higher than they anticipated. He said California’s grid — which relies on solar power that dips when the sun begins to set — borrowed some power from neighboring states to cover the gap.

The state’s grid has relied on rotating power outages to lessen strain on the system since the power crisis of the early 2000s. To prevent wider blackouts, California’s investor owned utilities, like Southern California Edison and San Diego Gas & Electric, are required to maintain lists of power blocks they can turn off when demand gets too high.

Edison customers can check if their neighborhood is subject to rotating outages at the utility’s website. Assigned power block number can be found on your electric bill.

Schmitt said Sunday rotating power outages could last as long as an hour for individual customers. Edison officials in the past said they have been able to limit rotating blackouts to as little as 15 minutes for some.

Concerning to California’s grid operators was the widespread nature of the heat wave, which was striking most Western states as of Sunday.

Phipps said neighboring states like Arizona were experiencing similar heat and the same supply challenges in their own power systems, making it more difficult to rely on them to cover California’s power shortfalls.

“Those same constraints are materializing all throughout the West,” Phipps said. “Those authorities have to balance their systems as well — they’re experiencing extreme weather conditions, too.”

The state’s grid operators are also contending with wildfires and aging equipment, which led to some unplanned blackouts Saturday.

Phipps said around 1 p.m. that fires were menacing power lines in some areas — he could not confirm exactly where.

Outages on Saturday and early Sunday for customers of the Los Angeles Department of Water and Power and Southern California Edison were due to repair work on overloaded lines.