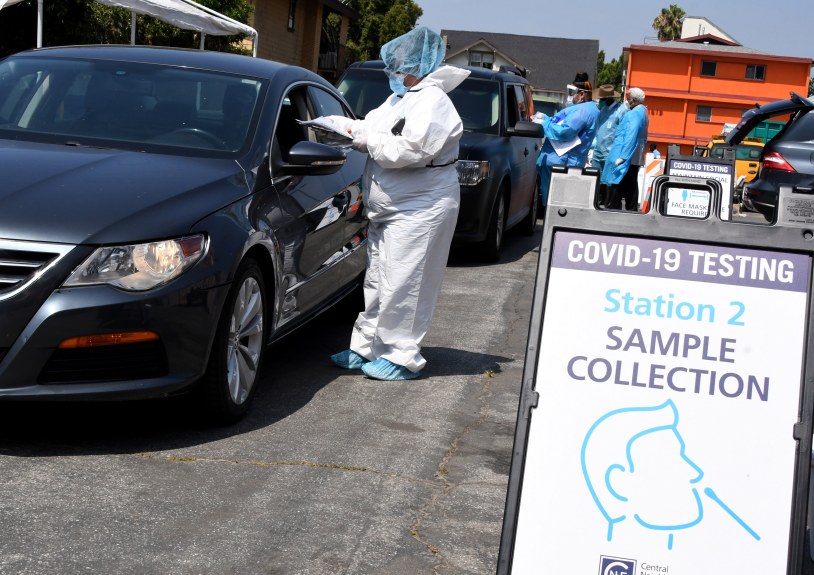 The numbers are in, and it appears Los Angeles County did not experience a surge in coronavirus cases after Labor Day similar to the spikes seen after Memorial Day and July Fourth, officials announced Monday, Sept. 28.

“While we still may experience increases in cases associated with activities over the Labor Day holiday,” the county’s Public Health Director Barbara Ferrer said in an afternoon briefing, “we do not predict a similar surge as we’ve seen after Memorial Day and after the July Fourth holiday.”

“Everybody predicted that we would in fact see a surge after the Labor Day holiday, and we didn’t,” she said, “and that’s in part because people took action to make sure we didn’t see that surge.”

Still, Ferrer said, it’s unknown if Los Angeles County’s numbers have improved enough to move from the state’s most restrictive tier for managing the virus. That will become more clear Tuesday, Sept. 29, when state officials release the latest data.

To move from its current tier, LA County must maintain a positive testing rate at or below 8% and a daily new case rate per 100,000 people at or below 7 for at least two weeks. State officials said the county first met those metrics last week.

If the county were to meet those requirements and move into Tier Two, more businesses — like places of worship, museums, gyms and fitness centers — can open indoors with restrictions. Some businesses that can already operate indoors, like bookstores, would also be allowed to expand their indoor capacity.

“The question is, when the state release metrics tomorrow,” Ferrer said, “do we expect we’ll have a second qualifying week, which would then allow us to move into Tier Two?

The data reported from the state last week, in which LA County met the required metrics, only included numbers through Sept. 12.