No major problems reported during recall vote in LA County 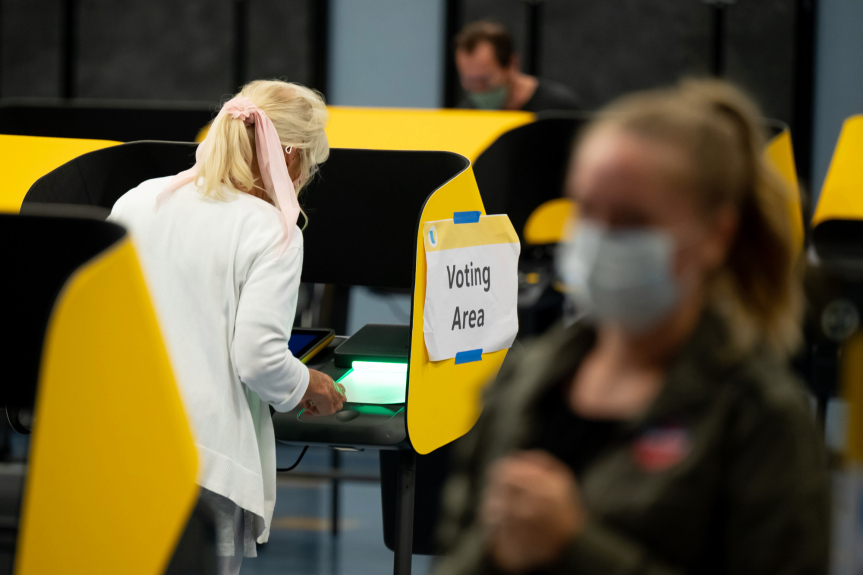 Throngs of voters made their way into vote centers and ballot drop-off boxes all over the region as Gov. Gavin Newsom, a Democrat, became only the fourth governor in U.S. history and the second in California to face a recall. No major issues were reported at poling places in Los Angeles County, according to election officials.

In the early afternoon, the line of voters flowing in to the L.A. County vote center at Plummer Park was long, but orderly and flowed briskly.

Earlier Tuesday, county election officials released an election worker at the site who appeared in a photo posted on social media wearing a Trump 2020 hat and a t-shirt that appeared to reference President Joe Biden’s son, Hunter.

Local resident Frank Santoyo said he snapped the shot on his iPhone while he voted Monday night as the poll worker gave him his ballot.

“I was taken aback,” Santoyo said. “I was just so blown away.”

“Electioneering” means the visible display or audible dissemination of information that advocates for or against any candidate or measure on the ballot within 100 feet of a polling place, a vote center, an elections official’s office, or a satellite location…” according to the statutes.

“The election worker was contacted and advised that the attire was inappropriate and unacceptable,” read a statement from Sanchez.  “Based on his response and reports that other workers had previously counseled him on this, he was released and is no longer working at the vote center.”

David and Sarah Ber voted at the El Camino Real Charter High School vote center in woodland Hills, accompanied by baby Jordan. They said the experience went smoothly, a contrast to reports during the early voting period that at that site some voters said they were told the computers displayed that they’d already voted, even though they had not. Elections officials reported that there was technical problem with the equipment, which was fixed.

Boosters of both sides of the issue worked to rally voters on Tuesday.

As David Lawrence left the vote center, he declared that it was time for Newsom to go.

Lawrence said he was frustrated by a state that he said has been mismanaged to the point where such crises as homelessness have blighted communities.

“I don’t care if it’s a Democrat or a Republican. I just want someone to manage the state,” he said.

Meanwhile, volunteer canvasser Patrick Meighan, with West L.A. based Grassroots Democrats HQ, walked through Westwood, knocking on doors in a last-minute pursuit to get his fellow Democrats to the polls.

The thought of a candidate winning with a minority of votes on the ballot’s second question… “That’s just not democracy,” Meighan said.