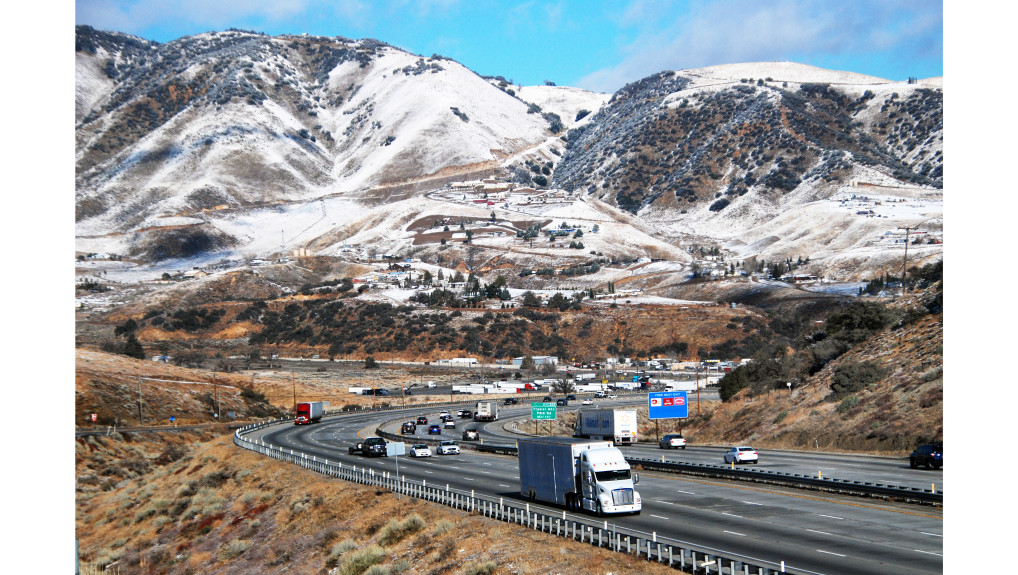 A storm forming to the north was expected to arrive in Southern California between late Sunday and early Monday, Jan. 25, dropping temperatures far below average, dumping rain, snow and hail, and likely snarling traffic in the region, meteorologists said.

Clouds parted Sunday after leaving more than a foot of fresh powder at Mountain High Resort in Wrightwood over the weekend and puddles across Southern California. Those will be replaced by another wet weather system expected to pass over the area Sunday night through Monday morning.

It will bring highs 20 degrees cooler than normal Monday, and snow at elevations as low as  2,000 feet in parts of Orange, San Bernardino, San Diego and Riverside Counties, with “significant amounts” projected to fall in Los Angeles County at elevations above 5,000 feet, according to the National Weather Service.

Piles of fresh snow will could potentially wreak havoc for motorists, especially along the 15 Freeway in the Cajon Pass, as well as the 5 Freeway over the Grapevine, meteorologists said. Travelers were advised to monitor traffic conditions and plan for possible closures. Drivers should be wary of rain or snow-slicked roads.

In Van Nuys, temperatures were projected to come down from 61 degrees on Sunday to 55 degrees on Monday. Monday’s highs were forecast at 57 degrees in Santa Ana, 52 degrees in Riverside, 49 degrees in Rancho Cucamonga.

The weather pattern at the start of the workweek will also deliver winds averaging 30-45 mph, with gusts moving as fast as 65 mph, to portions of Los Angeles, San Bernardino and Riverside Counties. Monday afternoon should be the windiest period of the coming storm.

Meteorologists warned that extended exposure to cold and wind could be life-threatening. Los Angeles County, health officials issued a cold weather alert through Thursday for the mountains and Antelope Valley. Similar guidance will be in effect through Tuesday for the Santa Monica Mountains and the Santa Clarita Valley.

Cold air will contribute to an “unstable environment,” creating the potential for thunderstorms. All areas of Southern California may see rainfall by Monday. However, rainfall totals may prove to be modest, and there is only a mild possibility of flooding in the first half of the week, National Weather Service Meteorologist Adam Roser said.

The risk of deluge grows later in the week, when another, wetter storm was expected to drench Southern California beginning Wednesday and lasting until the weekend. That likely will douse most of the region with at least half an inch of rain, with some foothills and valleys in the Inland Empire, Los Angeles County and Northern Orange County receiving between two and three inches, forecasters say.

People living in areas charred by the Bobcat, Ranch2 and Lake fires were advised to look for updates regarding flooding and mudslides.