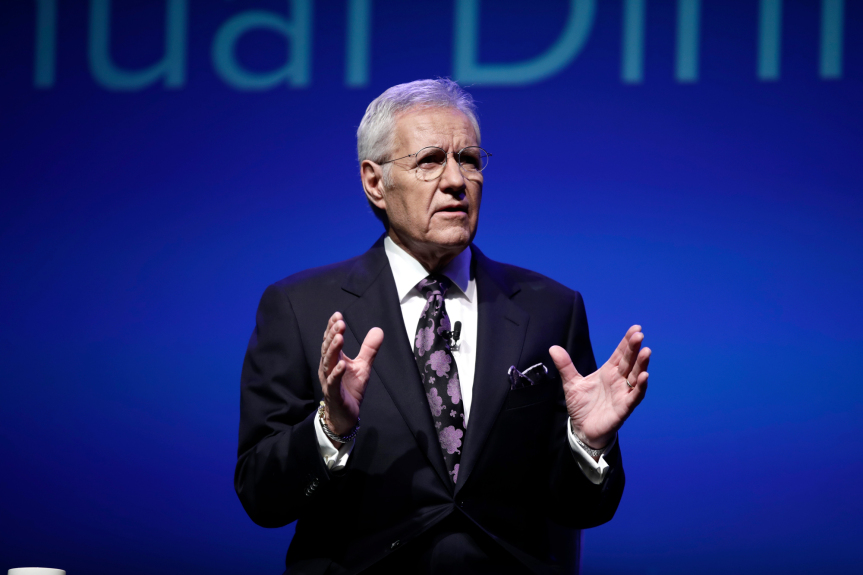 The center’s namesake is Alex Trebek —  the beloved, longtime host of the popular question-and-answer game show Jeopardy — who died in November from pancreatic cancer. He was known as an avid supporter in the fight to end homelessness throughout his life.

His family’s foundation donated an undisclosed amount of money to the nonprofit and on Thursday the proposed $6-million renovation was named in his honor at a ribbon-cutting ceremony with some family members in attendance.

Renovations are expected to begin in April and take four to six months before the center will be open. The deal closed escrow this month.

Roughly $2 million is still needed to complete the project, according to the nonprofit’s officials.

The funding is a combination of government contracts, private foundations, individual donors and local businesses, they said.

The naming ceremony was also the near culmination point of the “Rally to the Valley,” a roughly 125-mile, ultra-marathon five times the length of the Los Angeles Marathon targeted to end homelessness and expected to raise $200,000 toward the renovation costs.

The “Rally” consisted of the nonprofit’s chief executive officer, Ken Craft, and its chief financial officer, Rowan Vansleve and those who cheered them on along the way beginning March 19 in the northern end of Lancaster.

The duo then wove their way through the Antelope, Santa Clarita and San Fernando valleys and ran from Alexandria Park in Burbank to the Skateland location on Thursday for the ribbon-cutting ceremony. They will skip Friday and end the marathon Saturday at The Hope of The Valley thrift store in Simi Valley.