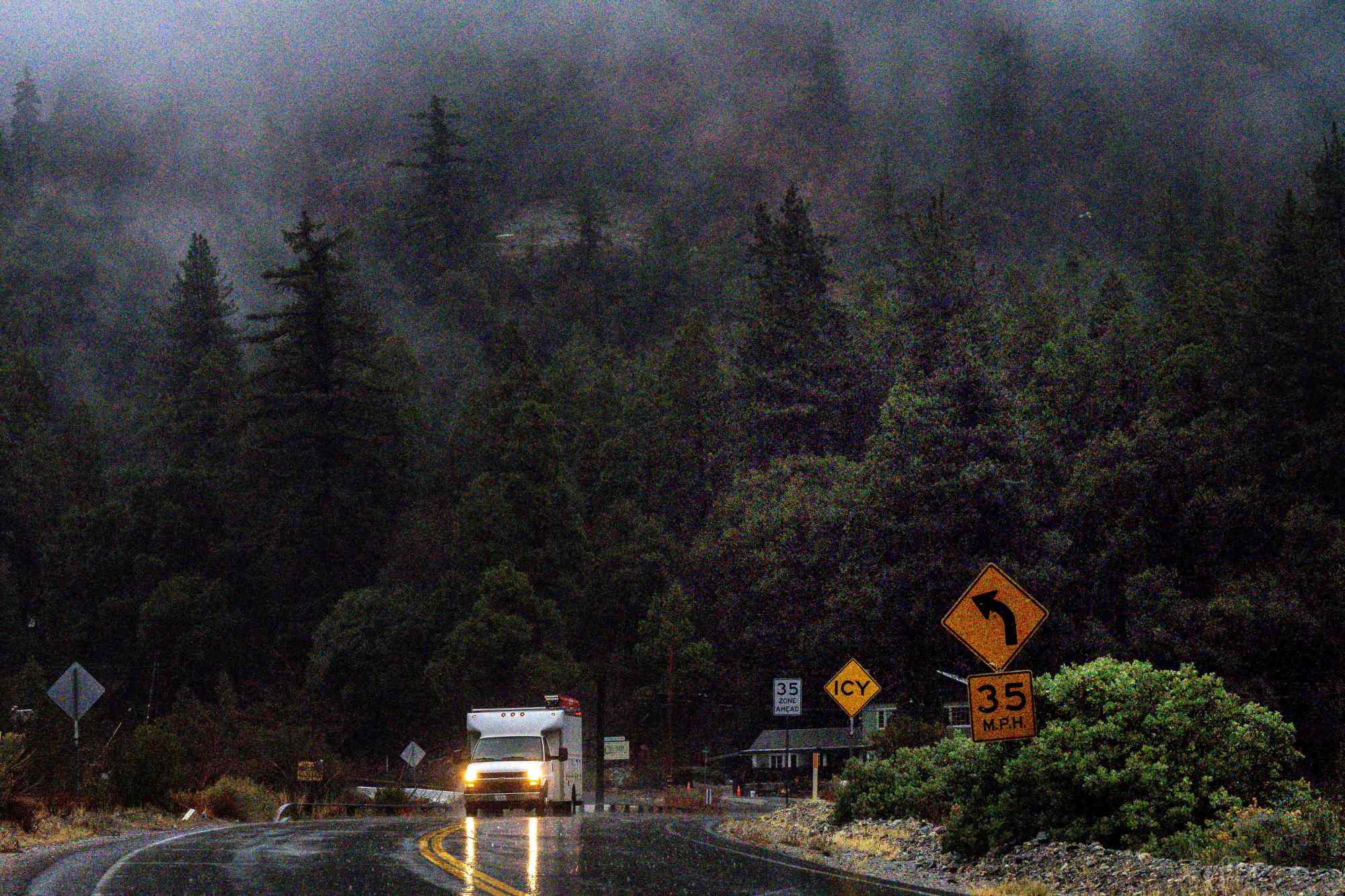 Those were just some of the effects of a strong winter storm that pummeled much of the Southland Thursday evening and throughout the early hours of Christmas Eve. The storm is expected to continue through much of the holiday weekend — and is the first act in a series of storms over the next week.

The mudslide was reported just after 8 p.m. Thursday in Silverado Canyon, not long after Orange County implemented a mandatory evacuation for areas scarred by the Bond fire. The Orange County Fire Authority reported there were no injuries nor calls for rescues following the landfall.

The evacuation was for Silverado, Williams and Modjeska canyons.

The county activated its Emergency Operations Center Thursday morning, Dec. 23, to help expedite the response to any flooding or debris flows.

The National Weather Service issued a flood watch that will be in effect through this morning for coastal and inland Orange County. Forecasters said some mountain areas could receive 3 to 6 inches of rain from the “atmospheric river,” with the heaviest downpours expected through Friday morning.

The rain will persist intermittently — perhaps heavy at times —through the holiday weekend, according to the National Weather Service.

“Unsettled weather will prevail across the area with periods of rain through Sunday morning, heaviest Thursday into early Friday,” according to the weather service.

“Snow levels will remain quite high (Thursday) but will drop significantly Friday night into Saturday,” the service added. “Temperatures will be significantly below normal across the region.”

Caltrans stopped all lanes on the 710 Freeway at Alondra Boulevard, in Compton, for about an hour early Friday because of flooding, according to he California Highway Patrol log. Other areas flooded as well.

Snow levels will initially be around 9,000 feet, but will fall below 8,000 by Friday afternoon, bringing some light snow to about 5,000 feet by Friday night into Saturday morning.

In the Inland Empire, heavy rains on Friday marked the arrival of the first of two systems that will canvass the area the next two days, according to forecasters.

“The rainfall will become widespread overnight through Friday morning, including across the deserts,” according to a National Weather Service statement. “Total rainfall amounts were increased, with 2 to 3 inches expected along the coast and valleys, 3 to 6 inches for the mountains and 1 to 2 inches in the deserts.”

For most of western Riverside County, a Flash Flood Watch was in effect through noon Friday, with predictions of “hourly rainfall amounts up to .6 inches,” the NWS said.

The tempest led to a rash of crashes on inland freeways, including a tractor-trailer going off the side of the 60 Freeway near Moreno Valley, and a Tesla careening off of 15 Freeway and down an embankment in Corona, according to the California Highway Patrol.

The Angeles National Forest tweeted Wednesday that due to the rain and low snow levels, the following roads have been closed:

The forecast came with the usual cautions for travelers.