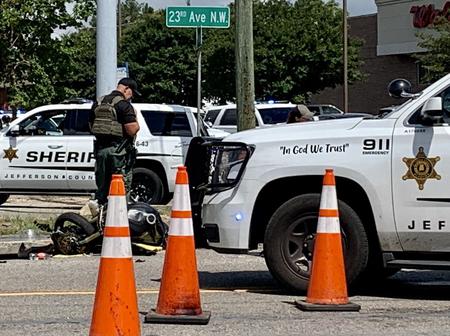 The Los Angeles Police Department’s Valley Traffic Division asked for the public’s help Sunday to identify the driver of a white four-door sedan that killed a 53-year-old motorcyclist who was ejected from his bike after he collided with a Toyota Corolla.

The crash happened around 8:35 p.m. Saturday on Laurel Canyon Boulevard at Judd Street, according to the LAPD.

The motorcyclist riding a 2012 Kawasaki was northbound on Laurel Canyon when it merged into a two-way left turn lane and collided head-on with a gray 2015 Corolla, police said. He was then hit by the white  sedan, which was southbound. That driver then fled the scene.

The driver of the vehicle into which the motorcycle crashed remained at the scene and cooperated with police.

The motorcyclist was taken to a hospital by paramedics where he was pronounced dead, police said. His name was withheld pending notification of next of kin.

A reward of up to $50,000 is available to anyone who can provide information that leads to the identification of the hit-and-run driver, their arrest and conviction through the city’s hit-and-run reward program trust fund.