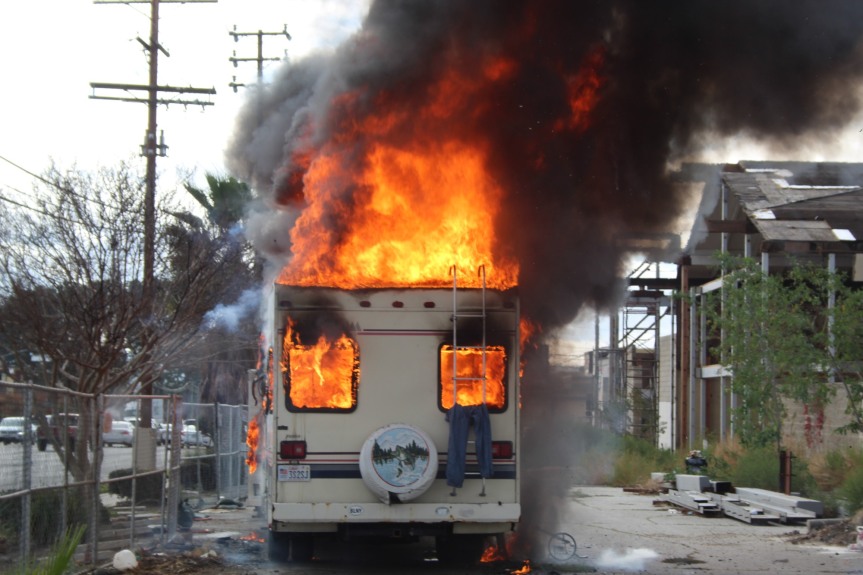 The fire was reported at 10:05 a.m. on the 20900 block of Nordhoff Street, according to LAFD spokesman Brian Humphrey.

One person was taken to a local hospital, but their condition was not immediately available, Humphrey said.

The fire was contained quickly, but the extent of the damage was still being determined, and the cause was under investigation, he said.