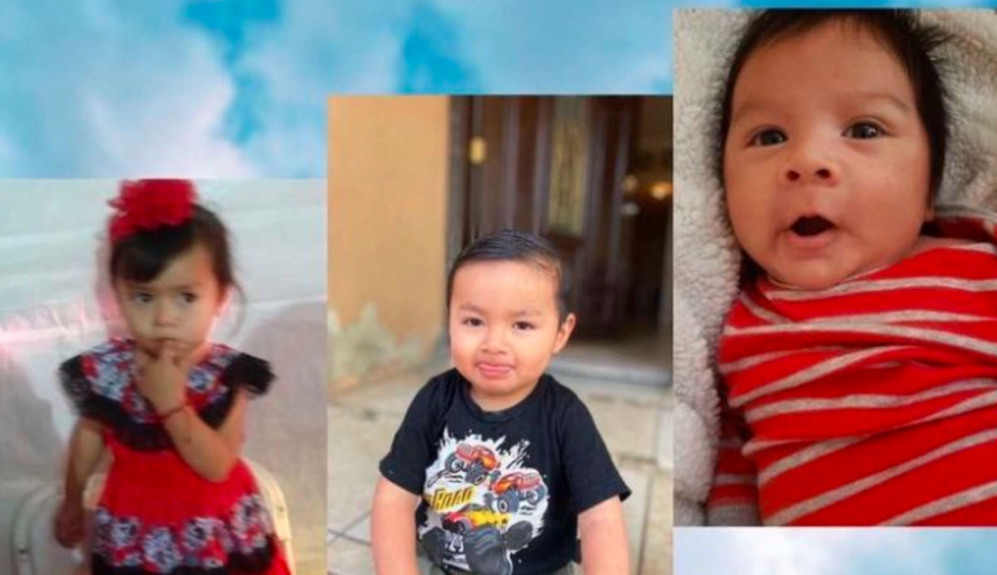 The mother of three young children found dead inside their East Los Angeles home on Monday, June 28 was arrested on suspicion of murder, authorities said Tuesday.

How the children died has not been disclosed.

Sandra Chico, 28, was arrested following questioning by Los Angeles County sheriff’s detectives, who detained her Monday as a person of interest, officials said.

She was being held in jail on $2 million bail, Sheriff’s Deputy Trina Schrader said.

They were all pronounced dead before 1 p.m. Monday inside the home in the 600 block of South Ferris Avenue, coroner’s spokeswoman Sarah Ardalani said. Autopsies on the children had yet to be performed by medical examiners, Ardalani said.

Sheriff’s deputies received a call at 12:45 p.m. of children not breathing at the home, Sheriff’s Deputy Eva Jimenez said. All three children were found in a bedroom.

Chico was at the house with at least one other relative when first-responders arrived, Sheriff’s homicide detective., Lt. Charles Calderaro, said. The children’s father was not home at the time.

Investigators on Monday taped off a home and interviewed potential witnesses at a nearby church, while some passersby dropped off flowers at the house.

Community members Tuesday were struggling to understand why three young children died, Victor Ohm, 56, said. He lives a block away, and remembered seeing them bouncing on a trampoline or chasing their dog through their front yard. Ohm and other people living nearby said they never noticed fighting, loud noises or previous visits from law enforcement at the home.

“We’ve had gang shootings and things like that here before, but nothing involving kids that young,” Ohm said. “They didn’t even get a chance to live their lives. You have to ask yourself: why? If something was wrong, why didn’t anyone ask for help?”

Relatives and close friends attended a prayer service at the home on Ferris Avenue on Tuesday evening, the first of nine scheduled to take place each night in memory of the slain children. Over 50 people recited the rosary together in front of an altar dedicated to Mia, Mason and Milan that was crowded with candles, photos and religious iconography. About a dozen other members of the community stood on the sidewalk and prayed with them.

Aileen and Cinthia Cano live next door to the house where the children were found. They said Chico resided there, along with the father of Mia, Mason and Milan, and at least one other family.

Aileen Cano described her neighbors as “fun people” who like to host parties. She said Mia was a sweet, curious girl.”She would always talk to us when we were outside and ask about what we were doing,” Cinthia Cano said. “We called her ‘the lady,’ super smart.”

“I know she was suffering from depression,” Refugio said.

Authorities received no previous reports of abuse or child neglect at the home, Deputy Eric Ortiz said. First-responders did not find obvious signs of trauma to the children Monday afternoon, Calderaro said.

“I know it’s hard, but don’t judge,” Chico’s brother-in-law, Arturo Cerezo, said after Tuesday’s prayer vigil. “You don’t know what people go through until it really happens to you.”

The slain children’s relatives have created a GoFundMe account to help cover the cost of funeral expenses.

The deaths come more than two months after another case in Southern California involving the killings of three children. That case, in Reseda in April, led to the arrest of the children’s mother, 30-year-old Liliana Carillo, on suspicion of homicide.

Relatives and friends said she appeared to be suffering from depression, and was involved in a custody dispute at the time of their deaths. She later reportedly confessed to killing 3-year-old Joanna, 2-year-old Terry and 6-month old Sierra during a recorded interview while in custody in Tulare county for an unrelated offense.