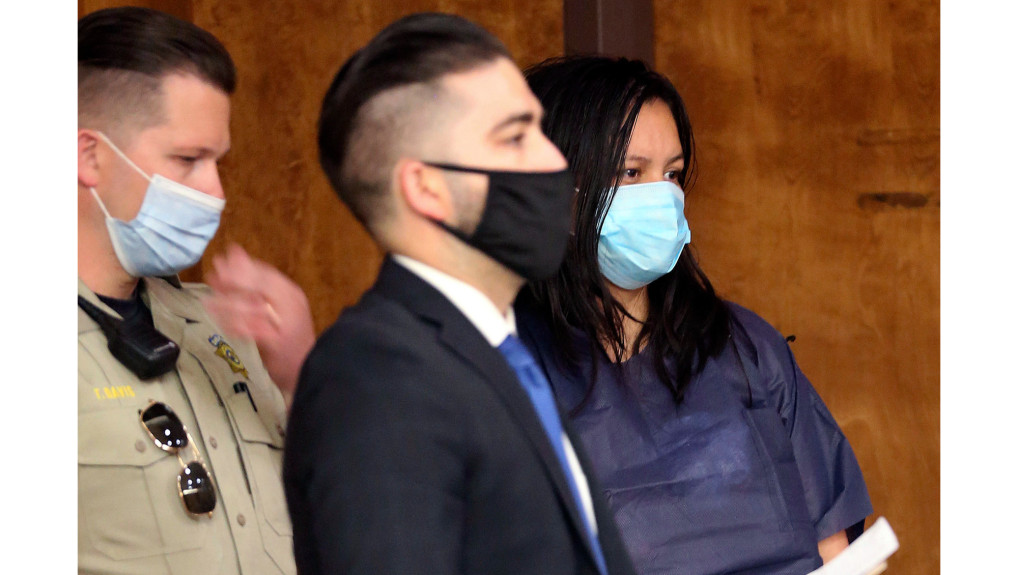 The woman suspected of killing her three children in Reseda over the weekend appeared in a Bakersfield courtroom on Wednesday, not on charges related to the deaths but over an alleged carjacking law enforcement officials said she committed as she fled north from Los Angeles.

Liliana Carrillo, in a blue jail jumpsuit and wearing a surgical mask, appeared briefly alongside other defendants in Kern County Superior Court just after 3 p.m., according to the county District Attorney’s Office.

In the short hearing, a judge assigned Carrillo, 30, a public defender and set her bail at $2 million. She pleaded not guilty to one count of carjacking, one count of attempted carjacking and two counts of auto theft.

Though she hasn’t been charged in any of the L.A. County killings yet, Kern County Assistant District Attorney Joseph Kinzel said his office sought the large bail amount “to ensure that the bail reflected what we believed to be the public safety risk of her potential release, and the flight risk that might be associated with that.”

Carrillo was driving north through Bakersfield on Saturday when she crashed her car, then carjacked a good Samaritan who attempted to help her, authorities said. Moments later, she attempted to carjack a Ford F-150 pickup, according to the Kern County Sheriff’s Department.

She was found in Ponderosa, a tiny city in Tulare County, later that day. She was booked in Kern County jail that night.

Police in Los Angeles believe Carrillo is the suspect in the deaths of her three children at their Reseda apartment. All three were found dead Saturday by their grandmother.

Detectives with the LAPD Abused Child Section have not responded to requests for comment on their investigation. But Kinzel said the Kern County D.A.’s office has “liaison-ed a bit” with L.A. police officials about the case.

“Our carjacking case is its own case…but we’re mindful of the potential connection with the investigation going on down south,” he said.

The cause of death of all three children has not been revealed. LAPD detectives placed a security hold on their cases, according to the coroner’s office. But before they were shut down, coroner’s examiners listed the cause of death as “other significant factors.”

Court documents show Carrillo was in a custody dispute over the children — Joanna, 3; Terry, 2; and Sierra, 6 months — with their father Erik Denton, of Porterville, California.

In late February, Denton described Carrillo’s deteriorating mental condition when he filed for an emergency request in Tulare County Court seeking custody of the children.