More than 92% of 2,700 arrests in L.A. were for ‘failure to disperse’ or curfew violations 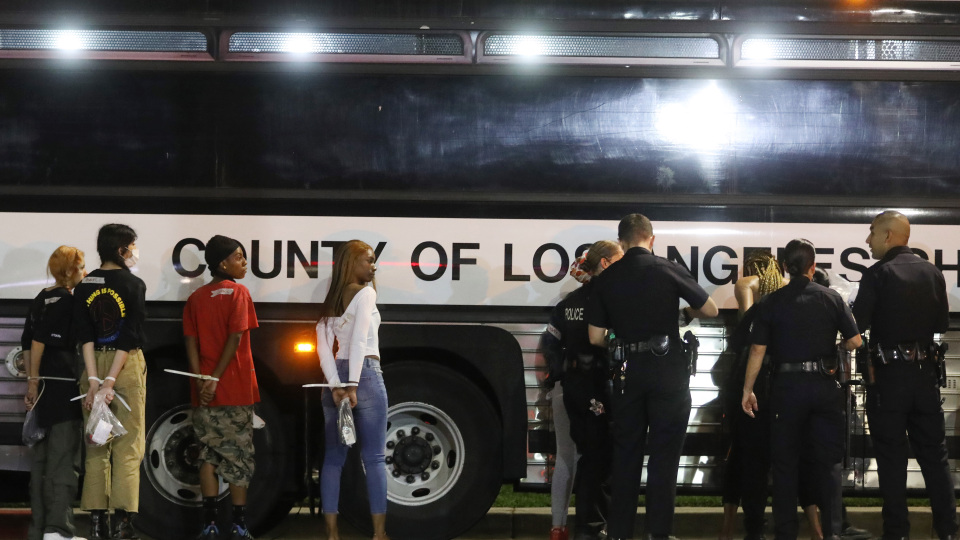 A vast majority of the 2,700 arrests made by LAPD officers amid ongoing protests against the in-custody death of George Floyd were for “failure to disperse” or violation of Los Angeles’ curfew order, according to Chief Michel Moore

About 2,500 of those arrested were taken into custody for those non violent offenses, while the rest were for burglary and looting, break-ins and assaults on officers, Moore said during a police commission meeting Tuesday morning.

LAPD’s Hollywood division alone set a record for arrests, with 585 people being taken into custody, the Los Angeles Times reported. Most of the arrests were for curfew violations, but police detained 20 people on suspicion of looting and impounded 50 vehicles, a source told the newspaper.

Overall, 66 of the Los Angeles Police Department’s vehicle fleet have been damaged during the last few days and nights of demonstrations, seven of which were burned. The damage has resulted in a $750,000 loss, the chief detailed.

While structural damage throughout the city is still being assessed, Moore said he heard that more the 100 buildings have been damaged.

Several peaceful protests took place across the Southland Monday, but looting was apparent in Hollywood and Van Nuys as demonstrations continued past the 6 p.m. curfew.

Some in Van Nuys were concerned that peaceful demonstrations were being “drowned out.”

While Moore and L.A. Mayor Eric Garcetti have said that violence mars the message of protesters, activists and organizers say it’s a response to systemic racism and police brutality.