More than 1,000 protesters peacefully march through streets of Hollywood 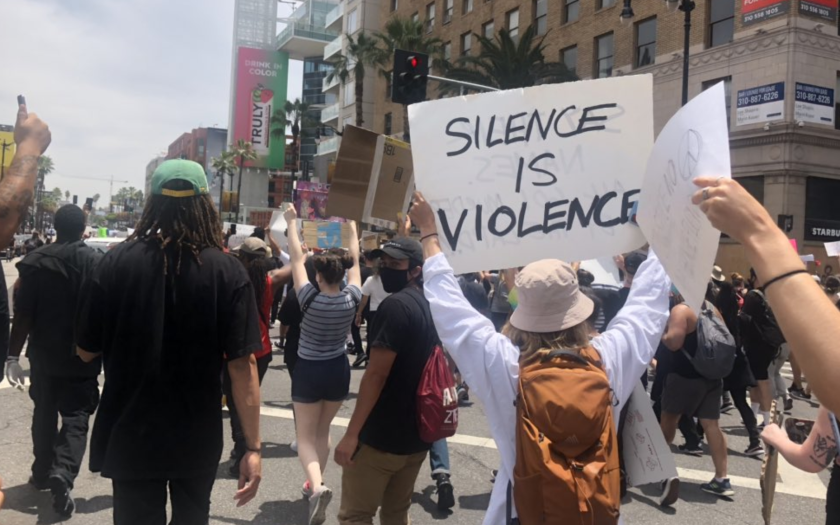 Hundreds of people kicked off another day of anti-police brutality demonstrations with a peaceful march through Hollywood Tuesday.

A local news helicopter was overhead as they traveled westbound down Hollywood Boulevard around noon, some carrying signs as they walked alongside the Walk of Fame.

But the crowds splintered off into two groups, one of them continuing eastbound on Hollywood and the other turning off of Hollywood and southbound onto North McCadden Place. They changed directions after facing dozens of police officers blocking Hollywood Boulevard at Las Palmas and Highland Avenue.

About an hour later, the group on Hollywood later was marching on Sunset Boulevard while the other protesters ended up on Santa Monica Boulevard.

At Sunset and Vine Street, some National Guard members stood armed with guns and tactical vehicles behind them.