Mom suspected of killing 3 children may have suffered from paranoia, delusions, partner alleges 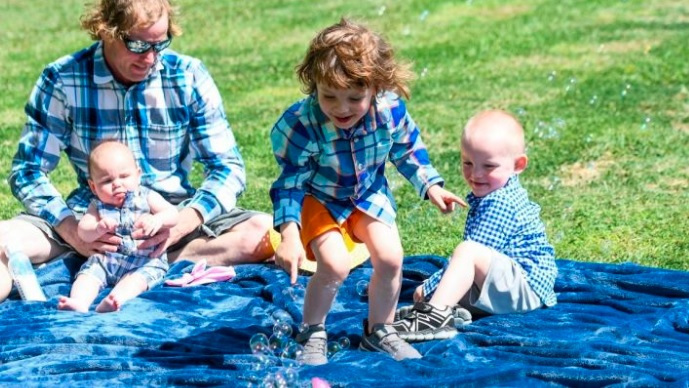 A woman suspected of killing her three children inside a small Reseda apartment on Saturday suffered from paranoid delusions, self- medicated with marijuana and believed she alone was responsible for the COVID-19 pandemic, her domestic partner said in court records obtained by the Southern California News Group.

Erik Denton, who could not be reached for comment, filed an emergency request March 4 in Tulare County Court seeking custody of his three children — Joanna, 3, Terry, 2, and Sierra, nearly 6 months old — because he feared for their safety due to the deteriorating mental condition of their mother, 30-year-old Liliana Carrillo.

The children were found dead by their grandmother. Initial police reports suggested they had been stabbed, but no official cause of death has been released

Meanwhile, Carrillo fled from her apartment, crashed her vehicle near Bakersfield and carjacked a good Samaritan who had tried to help her, according to authorities.

Carrillo was apprehended Saturday afternoon in Ponderosa, a tiny community in the central high Sierras east of Porterville in the San Joaquin Valley. She remained in custody Monday, but it was unclear where she was being held. Carrillo’s name did not appear in the booking logs at the Los Angeles County jail.

Court records showed that the children lived with Carrillo and Denton in Van Nuys for a few months in 2018, when they moved to Murrieta in September of that year and lived there through March 2019.

The family then moved to Porterville, where they all lived until Feb. 25, when Carrillo and the children came to Reseda, records show. On March 12, Carrillo was granted a temporary restraining order for her and her children through the Los Angeles County courts, barring Denton from harassing, threatening or violent behavior.

However, it was Carrillo who actually posed a threat to the children and herself, according to Denton.

Carrillo’s mental condition began to deteriorate after Terry’s birth, when she showed signs of postpartum depression, Denton wrote in his request for custody of the children.

Denton said he quit his job in in December 2019 to stay home with the children due to Carrillo’s inability to care for them and her repeated statements expressing regret having kids and a desire to kill herself, according to court records.

“During this time respondent’s (Carrillo’s) depression worsened,” Denton said. “With my encouragement, respondent started treatment with a therapist.”

“Her condition has worsened,” Denton stated. “She is not taking care of herself and has lost touch with reality. She is extremely paranoid and acts impulsively and erratically.”

For example, Carrillo believed she was responsible for the COVID-19 pandemic and that the entire city of Porterville is a “giant sex trafficking ring.” She also said she suffered from post-traumatic stress disorder due to childhood abuse, Denton said.

He added that Carrillo’s paranoia and delusions intensified in February after they took the children to a park and Joanna fell while playing, landing on her groin area. “Respondent witnessed this,” Denton stated in court records. “After the incident we returned home and Joanna was acting normally without complaint.”

The following day, Carrillo allegedly confronted Denton about their daughter’s groin injury and accused him of being part of a pedophile ring and allowing someone to molest the girl

Carrillo took her daughter to Valley Presbyterian Hospital in Van Nuys, where her medical exam came back normal and did not indicate any sexual assault, court records state. “Respondent was apologetic for her accusations, stating she ‘can’t stop thinking’ that it is true, and wanted to cuddle with the entire family.”

Feared she was being followed

On Feb. 23, Carrillo allegedly began hiding her face in public because she believed people would recognize her and were pursuing her. Denton said he encouraged Carrillo to contact her therapist.

“She informed me that her therapist recommended that we move to a location in which we couldn’t be found,” he stated in court documents.

Then on Feb. 25, Carrillo allegedly tried to leave home in the middle of the night, but Denton would not allow her to take his vehicle because she was agitated and anxious and he was concerned about her ability to drive safely.

Carrillo called the FBI to report that she had discovered a pedophile ring in Porterville prompting Denton to make a 911 call for assistance.  court records state. “Respondent was agitated and hostile towards the officer in the home and did not  believe he was really a police officer,” according to Denton.

Carrillo’s mother came from Los Angeles County to pick up her and the children. Denton said Carrillo told him that she and her mom were going to get the children “drug tested and rape checked.”

Threatens to flee to Mexico

“She also stated she could go to Mexico because she has family there who would protect her and the children,” he said in his application with the court for custody.

Denton said he was contacted by a child protective services social worker who talked to Carrillo and expressed concern about her mental state. “She stated that respondent was refusing to disclose her whereabouts or that of the children, and seemed very agitated and paranoid and not believing the social worker was legitimate.”

Denton said he was concerned for his children’s physical and mental well-being while they were in the care of Carrillo.

“I am very concerned about my partner … and want to get her the help she needs to recover from this mental break and to become stable. I want her interactions with the children to be safe and healthy,” he stated. “Until she is mentally stable and amenable to psychiatric treatment, I do not think our children are safe in her care.”