Messed-up license plate could cost you 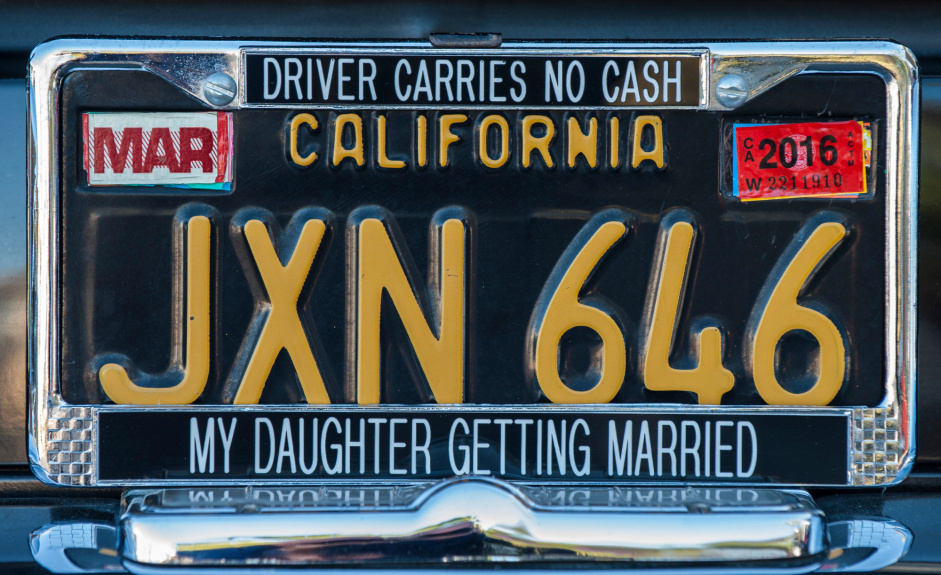 Q. I saw in your column recently that people can get cited for scratching up their license plates. It wouldn’t be a good idea to assume that a license plate with peeling paint was deliberately damaged. One of my vehicles has a license plate issued in 2005 with bubbling and peeling paint. I certainly took no action to make it peel. I’ve seen a lot of other plates of similar vintage that also have peeling paint. Perhaps California was using defective paint then. Curiously, my front plate is fine, but the back plate has lost much of the white iridescent paint. Can we get new license plates? Would we be charged?

A. If California Highway Patrol Officer John DeMatteo saw a troubled plate and it was pretty bad, he might issue a fix-it ticket.

That would require you to get a new set from the Department of Motor Vehicles, put them on your vehicle and show them off to a sworn cop to get the citation signed off. Then you would give that paperwork to the court, which in Orange County would charge a $25 fee.

“If it’s just from weathering, it is something that is correctable,” said DeMatteo, who is out of the CHP’s Santa Ana station house and is an agency spokesman as well.

What got JL thinking about all of this was Honk’s stellar column a few weeks ago, when a different CHP officer and spokesman told him that deliberately scratching off the paint on your plate isn’t a fix-it ticket, but a straight-up violation. That starts off with a $250 base fine before other stuff inflates the out-of-pocket expense.

Both officers would want Honk to pass along that how a messed-up plate is handled by law enforcement, if at all, is at the discretion of each officer.

Honk reached out to the DMV up in Sacramento, and a representative told him “if the plate becomes illegible or damaged” a vehicle owner can go to the agency’s website and fork over $22 for standard replacement plates; specialized plates could cost more.

“There has not been an issue with defective plates,” the rep told Honk in an email. “As for the expected life span of a plate, that varies on a lot of conditions (how the vehicle is used, where it’s parked, the climate, etc.).

“According to the plate manufacturer,” the rep said, “performance after five years largely depends on those factors.”

Q. I was recently driving westbound on the 10 Freeway, from downtown Los Angeles toward the 405 Freeway. I noticed that all of the white lane dividers were outlined by black paint. This was a horrible distraction that kept me looking at the road to see if I was going to drive over something and not looking at the cars around me. What is up with this?

A. Well, Caltrans’ intent is to help, and certainly not to distract you, Marc.

The state agency puts the black borders around the white stripes dividing lanes when the freeway is made of concrete, off-white in tone, as opposed to black asphalt. The strategy is to make the stripes stand out and not get lost in the bland concrete color.

The 6-inch-wide white striping is a reflective material that, as an added bonus for the future, autonomous vehicles can see.

Honkin’ fact: By month’s end, 19 Automobile Club of Southern California offices will be empowered by the Department of Motor Vehicles to offer the Real ID. Those interested will be able to go to REALID.dmv.ca.gov to fill out an application, upload documents, pay and schedule the appointment. This pilot program runs through December. Beginning on May 3, 2023 – unless the feds push back the date again – passengers on domestic flights will have to present a Real ID or other federally accepted ID.