March is your month, Betty Jane. Thanks for what you did for women in Air Force 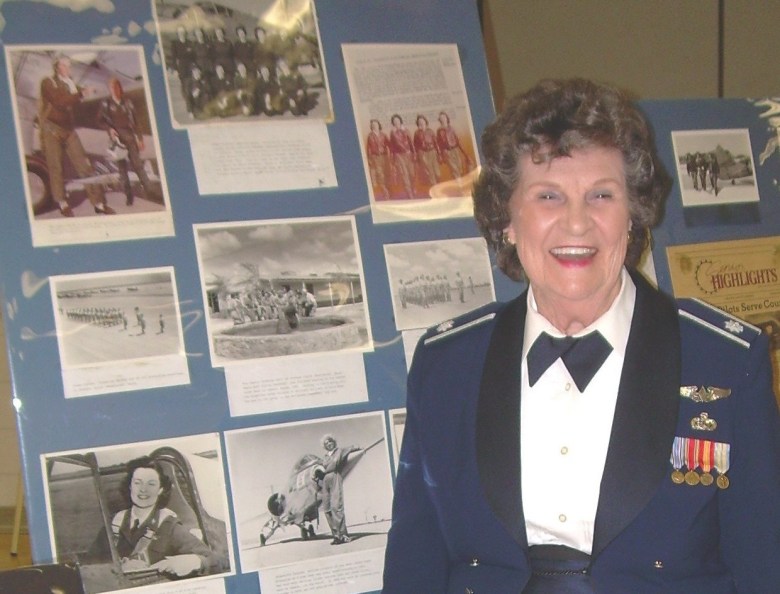 “An airplane doesn’t respond to sex, it only responds to skill.” – Betty Jane Williams.

This is your month to be remembered, Betty Jane – March, Women’s History Month – a time to honor the accomplishments of some very special women – or what too many men of your generation used to call the “weaker sex.”

They never said it to your face, though, did they, Betty Jane? You would have knocked their block off. Let me tell people the story.

When World War II broke out, Betty Jane went down to the recruiting station in her rural, Pennsylvania hometown, and asked where she needed to sign up to fight? Thanks, but no thanks, the recruiting officer said. Women needed to be protected, not be the protector. They just didn’t have the right stuff for war.

Try me, Betty Jane said. She was 17, a farm girl who loved to fly. She had just completed the Civilian Pilot Training Program – the only girl in a class with 50 men. She finished number one, flying circles around the guys.

After Pearl Harbor, the men went off to fight the Nazi’s in the skies over Europe, while Betty Jane stayed home and joined the WASPs – Women Airforce Service Pilots. More than 25,000 women applied, only 1,800 were accepted.

Everyday, the so-called weaker sex put their lives on the line by towing targets attached to the tail of their planes so raw recruits on the ground could get some practice firing at moving targets with live ammunition in their machine guns.

Gee, what could possibly go wrong with that?

“A couple of times they almost blew me out of the sky,” Betty Jane told me in a 1997 interview. “We also flew planes that had been repaired after an accident to make sure they were proficient and capable of wartime operations.”

Let’s think about that for a second. Women pilots couldn’t fight with the men pilots in combat because they didn’t have the right stuff – what, courage, skill, they couldn’t reach the pedals?  Yet, it was perfectly okay for them to be shot at by raw recruits firing live ammo, and climb into the cockpits of damaged planes to see if they were now airworthy.

“Here’s the keys, ladies, take it for a spin. And good luck. There may be some guys on the ground shooting at you.” They had the right stuff for that?

“There were 38 of our gals killed,” Betty Jane said in that interview. “They made the supreme sacrifice.”

Which made what happened next a national embarrassment, and a recruitment poster for women pilots who followed in Betty Jane’s footsteps. Today, there are more than 800 women Air Force pilots trained and ready for combat.

When World War II ended, the WASP’s were disbanded and forgotten, given no military benefits. It took Congress 34 years to recognize their military service and grant them the same veteran’s status as men.

And, for every one of those 34 years, it was Betty Jane Williams from Woodland Hills, California, knocking on those Congressional doors, asking our elected officials to do the right thing.

Betty Jane went on to have a successful career in aviation, and retired as a Lt. Col. in the Air Force reserves. In 2006, was inducted into the “Women in Aviation International Pioneer Hall of Fame.”

“BJ always felt she was capable of doing so much more for her country,” said her good friend, Jan Edwards, who met Betty Jane in Wings Over Wendy’s – a veteran’s group started almost 20 years ago by old World War II pilots and navigators living in the Valley.

When Betty Jane died in 2008 at 89, her memorial at a Canoga Park funeral home was packed with veterans, many of them men from her generation. Betty Jane had taught them all how wrong the thinking was about women in 1941.

They had the right stuff, they just didn’t have the chance to show it in combat.

How did Betty Jane think she would have done in those dog fights with the Nazi pilots over Europe, I asked Jan Edwards? She laughed.

“Look out for anyone coming her way,” she said. “BJ had that quality of being feminine when she wanted to be, but tough as nails when she had to be.”

As Betty Jane said herself, “What difference did it make if it was a man or a woman in the cockpit? An airplane doesn’t respond to sex. It only responds to skill.”

March is your month, Betty Jane. We remembered.