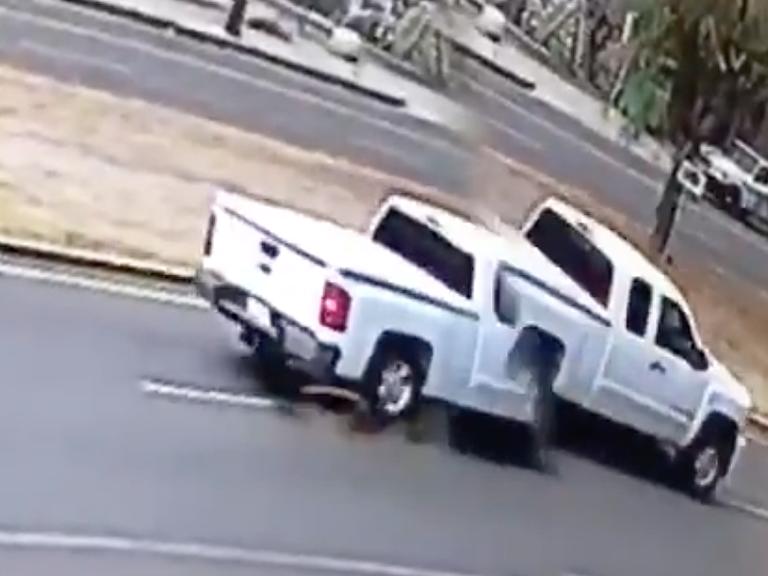 A man who tried to push open a manhole cover from below died after a pickup truck drove over it this weekend, police said.

Investigators were searching for the driver.

The pickup was heading westbound on Panorama Street toward Parthenia Street when it drove over the cover at around 10:25 a.m. Saturday, July 10, Los Angeles police said Monday.

The white Chevrolet Silverado, from model year 2008 to 2012, police say, drove over the cover, pushing it on top of the man who fell back down into the manhole, police said.

The victim, whose name had not yet been released, was in his 20s.

Video of the incident shows the cover slowly lifting a couple of inches above the ground when the pickup truck strikes it. The cover flies into the air and lands next to the manhole. The victim is not seen in the footage.

It was unclear why the man was in the manhole.

Police said manhole covers should not be disturbed or moved by the public.

Police asked that anyone with information about this case to call the Valley Traffic Division at 818-644-8116. Anonymous tips may be submitted through L.A. Crime Stoppers at 800-222-TIPS (8477) or at lacrimestoppers.org.