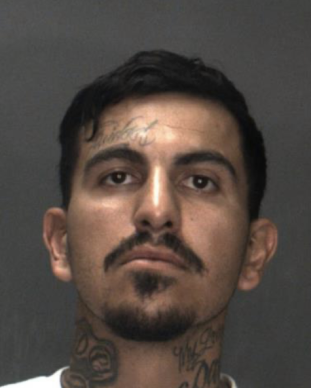 Fontana police shot and injured a man who allegedly fired at them while the officers were conducting an investigation at a San Bernardino gas station on Friday afternoon.

Ismael Saldivar, a 27-year-old San Bernardino resident, was treated at a hospital and is expected to survive after the incident at 605 N. H St., according to the San Bernardino Police Department. The officers did not sustain any injuries.

San Bernardino police said they responded to the scene after receiving a call about a shooting and an officer shot in the area of the gas station.

Officers arrived to learn that Fontana police were carrying out an investigation when Saldivar shot at them, according to the San Bernardino Police Department. Authorities did not immediately say what police from Fontana were investigating in San Bernardino nor what led to the gunfire.

The Fontana officers fired back but Saldivar managed to flee in his vehicle, officials said.

The officers pursued him and saw him throwing a firearm from his vehicle, according to authorities. They ultimately detained him at an apartment complex in the city of Highland, police said.

San Bernardino police released an image showing a man in a car pointing a gun behind him. It’s a still from a video from the gas station, the Police Department said.

The agency also provided a photo of a gun allegedly used by Saldivar. The weapon was loaded and found at a nearby field, according to police.

Officials did not provide further information about the incident.