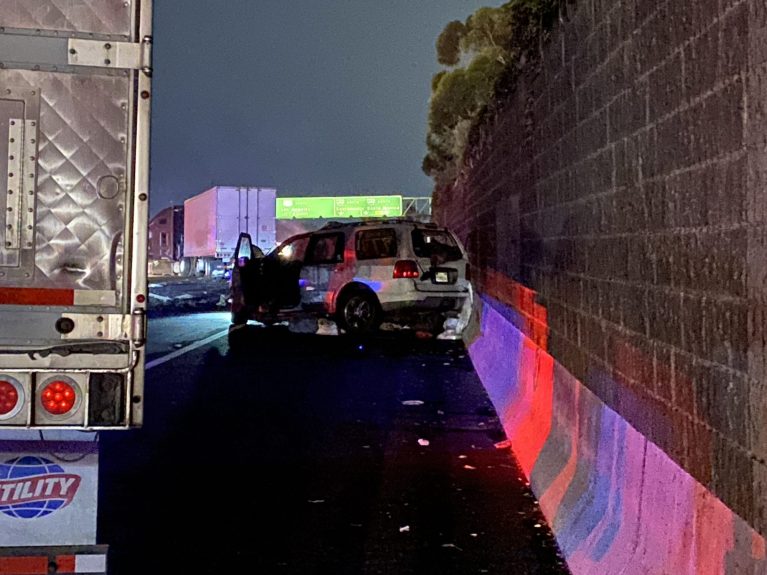 A Los Angeles man was charged Monday, Aug. 16, with murder and other counts stemming from a wrong-way crash on the 101 Freeway in Encino that left his girlfriend dead and their four children injured.

He was also trying to kill the children, said a statement by the Los Angeles County District Attorney’s Office.

Cesar Iban Torres, 31, faces one count each of murder, assault with a deadly weapon and resisting arrest, along with four counts each of attempted murder and child abuse, according to the D.A.’s Office.

Torres was driving a 2003 Lincoln SUV westbound in the eastbound lanes of the 101 Freeway near the I-405 Freeway when the vehicle collided head-on with a 2016 Kenworth tractor-trailer at about 7:10 p.m. Thursday, according to the California Highway Patrol.

Torres’ girlfriend, Aimee Garcia, 26, was killed, and the couple’s four children — 1 to 7 years old — suffered moderate injuries, according to the District Attorney’s Office.

After the crash, Torres allegedly attempted to flee, according to the CHP.

“A family has been torn apart by this tragic collision that leaves four young children without their mother,” Los Angeles County District Attorney George Gascon said in a statement.

Torres was behind bars in lieu of $1 million bail.