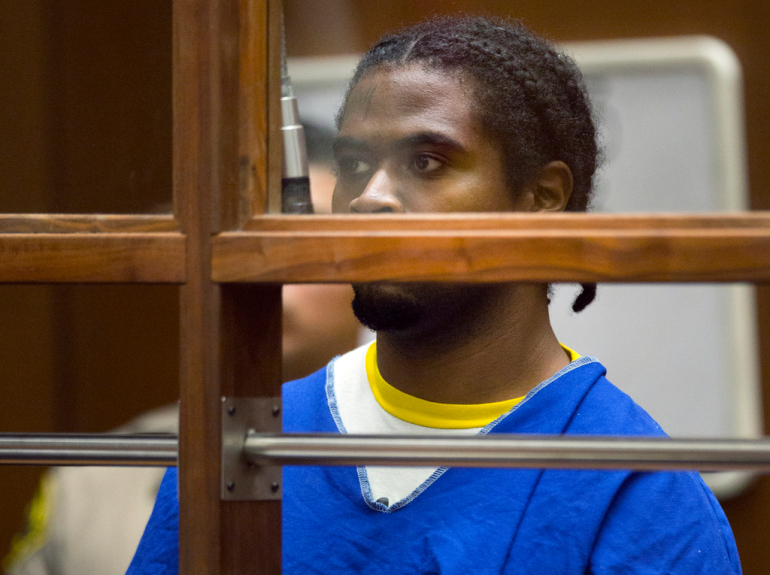 A man accused of engaging in a gunfight with police that resulted in the death of an assistant manager at a Trader Joe’s store in Silver Lake in 2018 was found competent Monday, May 3, to stand trial.

Gene Evin Atkins, 31, has pleaded both not guilty and not guilty by reason of insanity to murdering Melyda “Mely” Maricela Corado.

Atkins is accused of setting off a chain of events on July 21, 2018, that led to the death of Corado, who was fatally shot by a police officer in front of the store in the 2700 block of Hyperion Avenue.

Los Angeles Police Chief Michel Moore confirmed in 2018 that the bullet that killed Corado was fired by an officer, not Atkins. The suspect, authorities say, surrendered to a SWAT team after three hours of negotiations following a tense standoff, with customers and employees held hostage at gunpoint.

Atkins is charged with her killing under the theory he triggered the events that led to the 27-year-old woman’s death.

He is also accused of shooting his 76-year-old grandmother and his 17-year-old girlfriend in South Los Angeles, then taking his grandmother’s car and leading police on a chase during when he tried to carjack a Jeep Wrangler.

He is additionally accused of firing shots at police during the chase, and again when he got out of the car following a crash and was fleeing into the store.

Relatives of Corado filed a wrongful-death and negligence suit in November 2018 against the city and the officers.

The District Attorney’s Office determined that that officers were “justified in using deadly force in an attempt to stop” the suspect.

The family has publicly asked Los Angeles County District Attorney George Gascon, who was sworn in after the D.A.’s Office’s finding was made, to re-evaluate whether the officers acted lawfully.