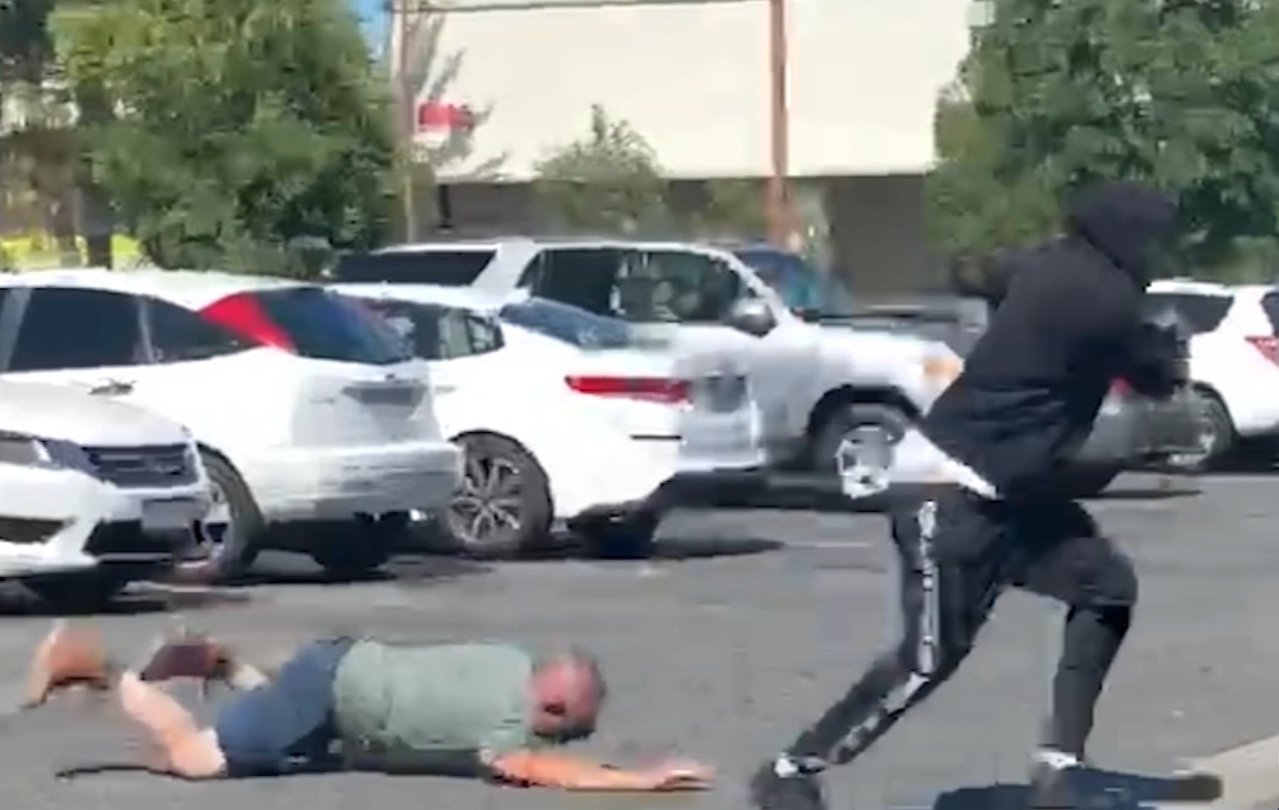 Authorities are searching for the suspect who attacked and robbed a man of $200,000 at a Huntington Park bank parking lot last week.

Francisco Cornejo was beaten and is still bruised after getting his life savings ripped away. After withdrawing money from a Chase Bank, he was attacked.

Through his attorney, he said the suspect got away with hundreds of thousands of dollars.

“He was parked as closely as possible to the bank, knowing he was going to withdraw a large amount of cash. As soon as he got to his car, before he was able to get to his car, he was grabbed and beaten,” attorney Nathan Soleimani said.

Cornejo said after the sale of his home, he withdrew everything out of his bank in Huntington Park – all $200,000.

“He was literally fighting for his life savings,” Soleimani said. “And when he was being beaten he was doing his best to try and retain the bag that he brought with him.”

Soleimani said investigators are looking into surveillance video from the bank. Video shows the suspect running away from the scene and Cornejo on the ground.

A representative from the Chase Bank on Belgrave Avenue and Pacific Boulevard also says they’re working with law enforcement.

The FBI is now involved in the search for the suspect.

“Thank God he’s alive. His family is grateful he got out of it with just the injuries that he has,” Soleimani said. “At the end of the day, they’re thankful for him being here.”

Anyone with information is asked to call Huntington Park police.