Man arrested in slaying of mother’s boyfriend in Van Nuys 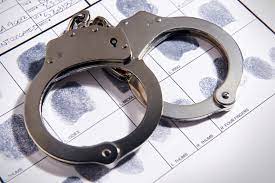 Police arrested a man suspected of killing his mother’s boyfriend at a Van Nuys apartment on Monday morning, authorities said.

LAPD officers responded to a call about an assault at an apartment in the 8100 block of Langdon Avenue around 2:30 a.m. and found the body of a man with blunt-force trauma wounds, lying on the floor of one of the units, police said Tuesday in a statement.

The victim, identified as a 36-year-old man, was pronounced dead at the scene. His name was withheld as authorities notify his next of kin.

Family and police identified the suspect as Pedro Rodriguez, 37. He left the apartment before police arrived, but officers arrested him soon after at his Lake Balboa home in the the 6700 block of Havenhurst Avenue. The suspect was booked on suspicion of murder.

Detectives are still investigating what may have prompted the suspect to attack his mother’s boyfriend.