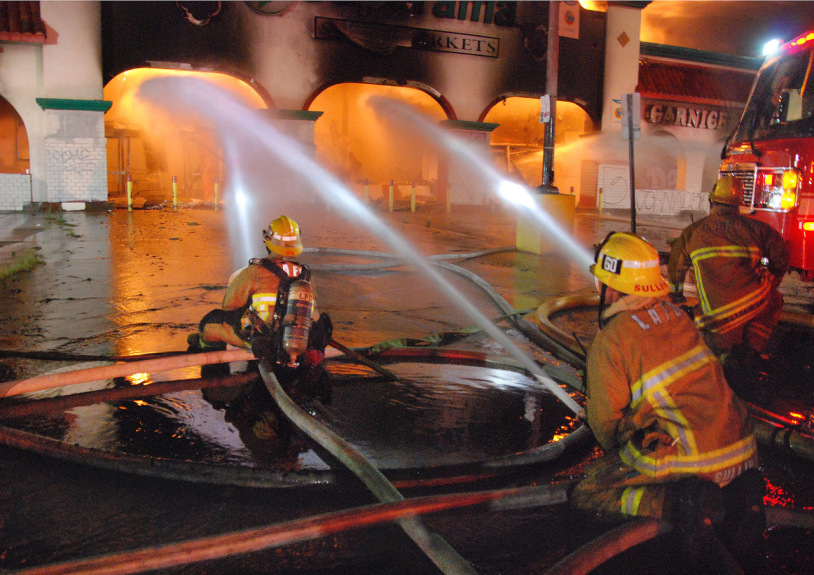 A knockdown was declared an hour and 35 minutes later, she said.

Firefighters were looking for possible homeless victims in the burned structure, said a photographer at the scene.

There were no further details.

The scene was expected to remain active for the duration of the morning, and the public was advised to avoid the area if possible.

Per protocol for an incident of this size, LAFD’s Arson Section was called, and the fire is under investigation.