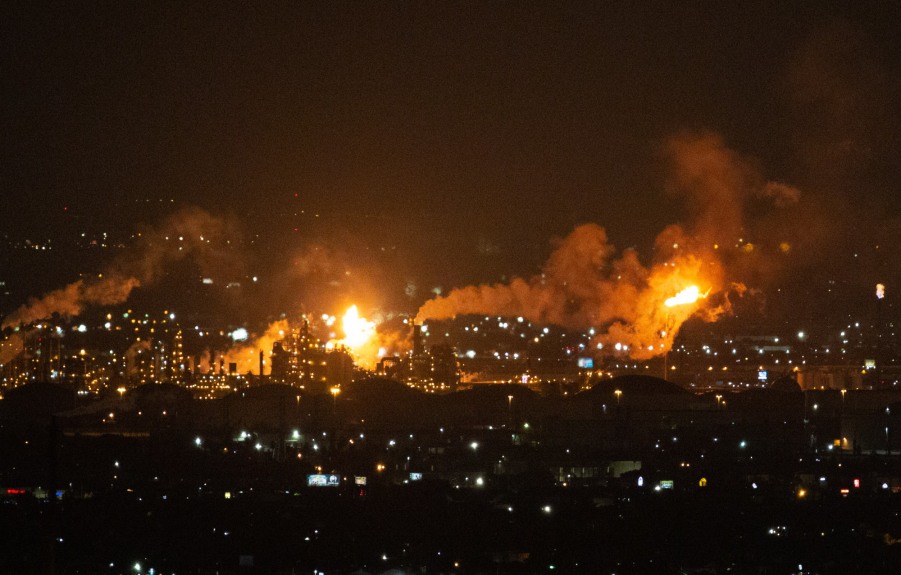 A magnitude 4.3 earthquake centered near Carson shook much of Los Angeles County and could be felt across the Southern California region on Friday evening.

Residents in coastal communities like Manhattan Beach, Redondo Beach, Long Beach, along with people living in South Los Angeles reported they felt the heaviest sway of the quake, according to a United States Geological Survey map.

The earthquake, which struck at 7:58 p.m at a depth of about nine miles, also was felt in surrounding counties of Orange and Riverside and as far north as Oxnard and south into Carlsbad, the USGS said.

Los Angeles County fire and law enforcement officials did not report any injuries or damage to structures from the quake.

Shortly following the quake, fire crews responded to calls of flames at a refinery in Carson, but were turned around by the refinery operators who said the event was a controlled and normal flaring operation, said Supervising Dispatcher Jeremy Stafford with Los Angeles County fire.

Los Angeles City Councilmember Joe Buscaino told KCBS-TV that the refinery is designed to burn off excess fuels in the event of a earthquake of this magnitude.