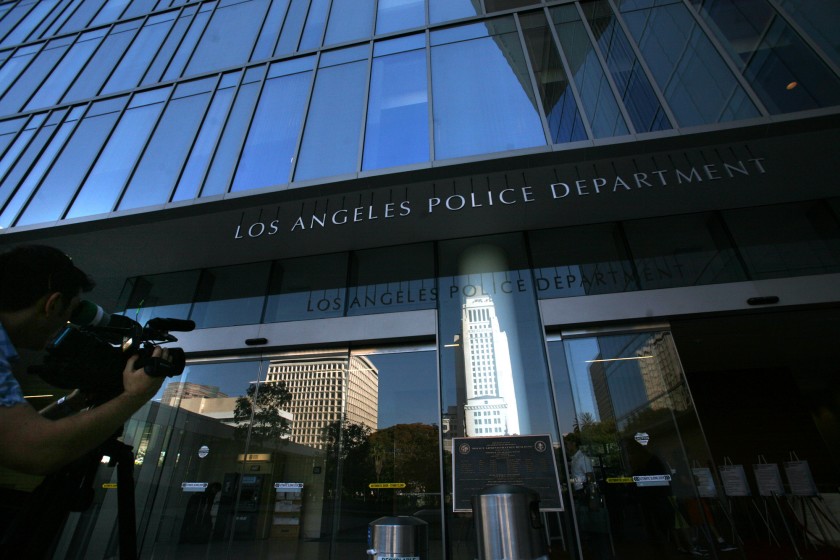 A Los Angeles police officer was arrested on suspicion of possessing child pornography by Long Beach police on Wednesday, May 5, officials said.

James Diamond, 52, of Long Beach, was arrested and booked on suspicion of two felony counts each of possession of child pornography and distribution of obscene matter depicting a minor, Long Beach police said in a statement.

Diamond was assigned to home and stripped of all police powers, Los Angeles police officials said in an email. An administrative investigation was open. He was last assigned to the personnel division and has been with the department for at least 25 years, the department said.

Long Beach police received an online tip in October about distribution or sharing of child abuse material, which led investigators to identify and eventually arrest Diamond, the department said.

Diamond was taken into custody outside of a business in the 5000 block of Bolsa Avenue in Huntington Beach on Wednesday morning, Long Beach police said. He was released on $100,000 bail, inmate records show.

After Diamond’s arrest, investigators served search warrants at his home and where he works for Los Angeles police.

Diamond had not been charged as of Wednesday evening and could not immediately be reached for comment.