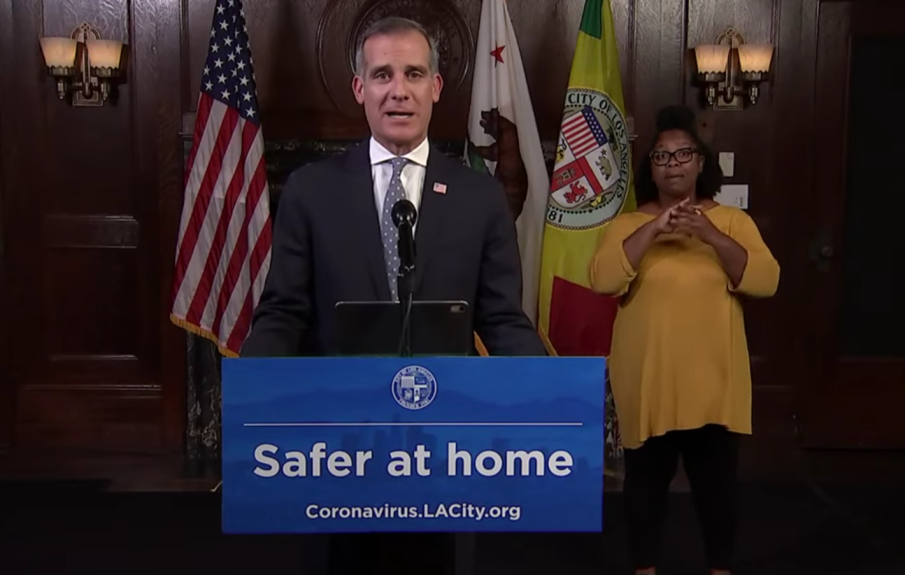 Angelenos were reminded Wednesday evening, Dec. 2, that a Los Angeles County health order prohibiting gatherings also applies to them, and reducing capacity at some places where people from different households do gather

Los Angeles Mayor Eric Garcetti issued a new order that aligns the city’s existing safer-at-home order to match the county health order. While the two orders say essentially the same thing, harsher-sounding language at the start of the mayor’s order resulted in some confusion.

The mayor’s order states that all Angelenos must remain at home. But it also follows up with many exceptions, including being able to go out for essential activities, as well as to go to the hair and nail salon and to gyms with outdoor areas. Indoor malls can stay open, and the city is keeping parks and trails open as well.

An earlier, 12-page version of the order also stated that people cannot travel anywhere including on foot, bicycle, car and public transit, but the same exceptions applied. This line was taken out for the latest mayor’s order, which now has 14 pages.

An alert was also sent out shortly after the mayor’s order was posted.

“It’s time to hunker down,” he said. “It’s time to cancel everything. And if it isn’t essential, don’t do it. Don’t meet up with others outside your household. Don’t host a gathering. Don’t attend a gathering.”

“And following our targeted safer at home order, if you’re able to stay home, stay home,” he said. “Just be smart and stay apart. That’s our message tonight.”

He reminded watchers that these measures are being taken to “protect our workers, our healthcare heroes who I want to thank, who are on shift, after shift, after shift with little light at the end of the tunnel.

“This is how we will protect our communities and our families,” he said.

While the city does not have its own health department, the mayor has been issuing its own orders since the beginning of the pandemic, often with some small differences. The city’s order has been frequently updated, with most of the changes prompted by tweaks to the county’s health order.