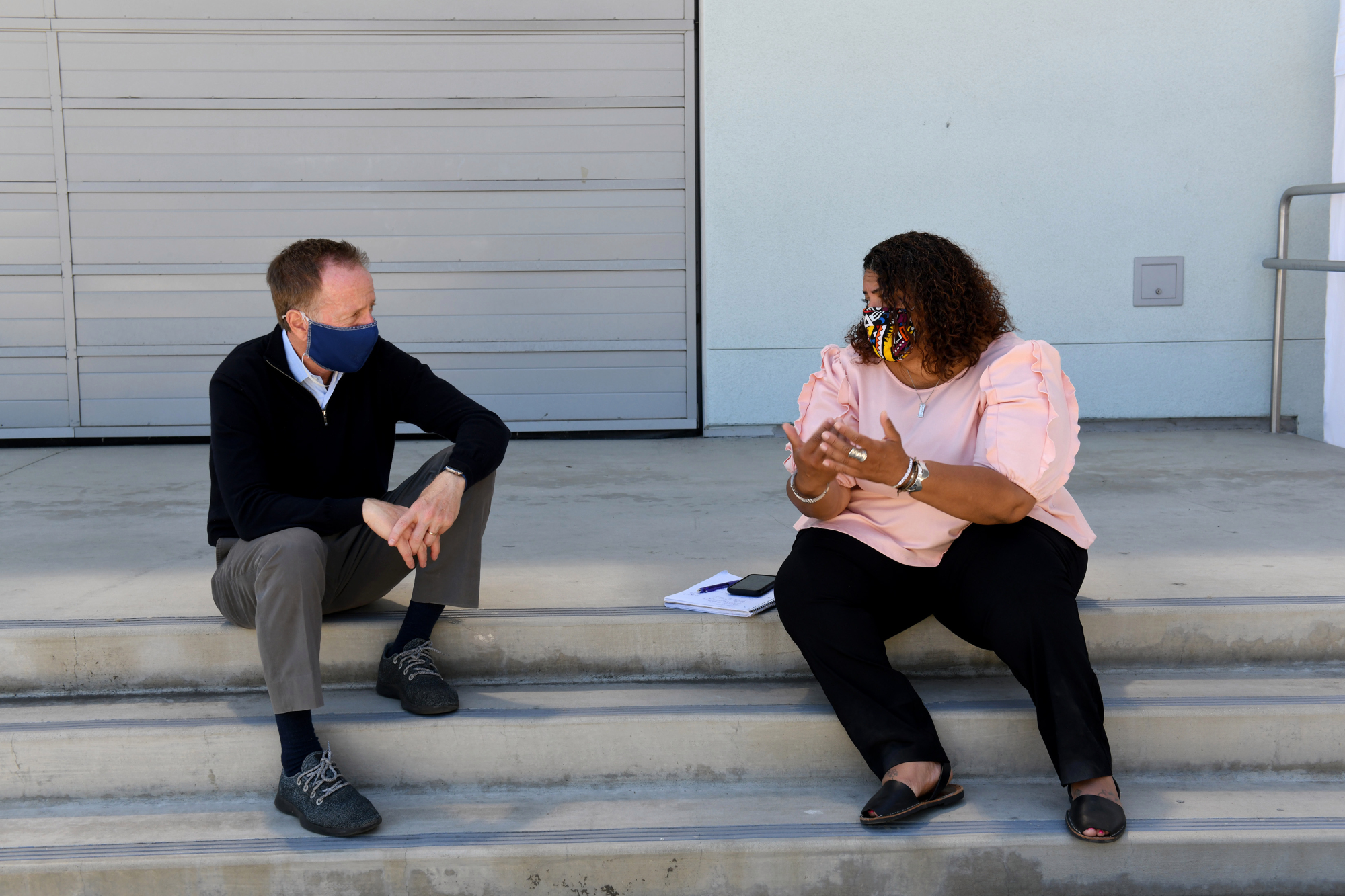 LAUSD and the teachers union have struck a tentative deal on safety protocols and staffing for the 2021-22 academic year, which will see campuses reopen for full in-person learning five days week for the first time since the coronavirus began last year.

The union’s more than 30,000 members will have to ratify the agreement, which would begin June 23, and will likely need Board of Education approval as well.

The agreement comes about three weeks after Beutner announced plans to resume full in-person learning in the fall, with students allowed to move between classes. The move could potentially persuade more students, particularly middle and high school pupils, to return to campus — something the district has struggled with since it began hybrid learning in April. There have also been parent rallies at district offices that demanded a return to full in-person learning.

“Our goal is to provide the best possible education for students in the safest possible environment,” Beutner wrote in his email, “and we’re giving schools the resources to make this happen.”

Some of the safety protocols in the proposed deal are similar to those in the current agreement the union and district hashed out to return to hybrid learning in the classroom and online.

Classrooms and other areas on campus will be cleaned and disinfected daily, for example. There will be daily symptom checks for everyone on campus. And all students, staff and visitors will have to wear masks when on campus — though the two sides can renegotiate that after Sept. 1.

But social distancing will be set at 3 feet, rather than 6.

The agreement also calls for monthly inspections of the district’s ventilation systems until at least Oct. 1 to make sure filters are working properly.

And testing will change as well. Instead of weekly coronavirus testing, the minimum requirement in the tentative agreement calls for 20% of students and staff per school to be tested every two weeks while Los Angeles County is in the yellow tier of the state’s reopening plan.

But the the tiered system will go away on Tuesday, June 15, when the state lifts most coronavirus restrictions. It wasn’t immediately clear what that means for the testing provision in the agreement.

“This agreement addresses the urgent issues facing educators returning full time to classrooms and other assignments,” a statement from the union said. “We will use 2021-2022 contract reopener negotiations and our full contract campaign to fight for additional improvements and to make sure that the temporarily increased state and federal funding is put to good use to support the healthy, healing, racially just schools our students deserve.”

Union leaders have maintained a firm stance that protections should be in place for teachers and vaccinations available before they return to work in classrooms.

The deal UTLA and LAUSD have agreed to also has protections for teachers, as well as students who may not want to return to campus.

Teachers that are part of the bargaining unit, for example, will not be moved from their current campuses this school year.

“This continuity at schools will help to reinforce a sense of community,” Beutner said in his letter, “while providing the best possible academic foundation for students.”

The training rate for faculty, meanwhile, will increase from $25 an hour to $50, and special education teachers assigned to special day programs will be maintains as long as those classes have more than 50% enrollment.

Employees forced to quarantine will receive paid leave, according to the agreement.

And, as long as there is enough money in the budget, the district will expand online independent study.

In May, when UTLA presented a contract proposal to LAUSD, union President Cecily Myart-Cruz discussed the challenge the district and its teachers fact.

“We have to grapple with a historic shortage of educators in the labor market, a trend that has been exacerbated by the grueling year of our learning communities,” Myart-Cruz said. “We must figure out how to attract and retain educators.”

Beutner, for his part, said in his letter that the district will beef up staffing, including by adding reading and math teachers to elementary schools. Secondary schools will also get more teachers to reduce class sizes, he wrote.

“Children will benefit from additional mental health services in schools while students with learning differences and disabilities will receive more direct support,” Beutner said. “Schools will be cleaner and safer with an increase in custodial staff.”