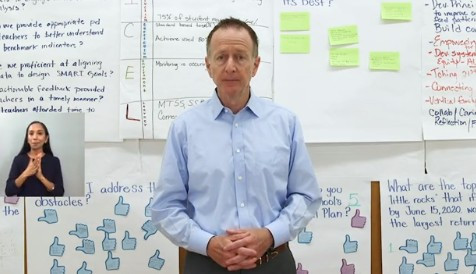 The Los Angeles Unified School District announced Monday, July 20, that it’s continuing an effort to put local leaders at the heart of education in each of the 40 communities which it serves.

“This transition to the community is an important one which will take time to fully realize,” said Superintendent Austin Beutner, in his weekly address on Monday. “But all involved are convinced it’s the right direction and the early signs are quite encouraging.”

Beutner said the district started on the effort a year and a half ago in the east and south areas of the district and was now rolling out the approach districtwide. Each local district — subdivisions of the district as a whole — were divided further into various communities. For example, for Local District East, serving 100,000 students, there are 10 communities including Boyle Heights.

As the second-largest school district in the country with nearly 700,000 students, LAUSD covers an area of 710 square miles. The area is vast and diverse and does not lend itself to top-down solutions, Beutner said.

“For too long, the school district has tried to find the one answer that works for all students and believed that answer should come from the top,” Beutner said. “I don’t believe one-size-fits-all, top-down, compliance-driven bureaucracies are the answer. The answers lie at the grassroots in the classrooms of the communities we serve.”

Frances Baez, who leads the Boyle Heights Community of Schools, said the program has helped boost graduation rates up to 94%, the highest ever for the community. Suspensions decreased 14%.

By partnering with local groups — including non-profit agencies, the YMCA, USC’s Keck School of Medicine and others — Baez said they were able to provide instruction and resources based on the unique needs of students.

“We began to frame our services around helping students make their dreams come true,” Baez said. “The streets of Boyle Heights tell the story of Jewish, Chinese and Japanese Americans who survived encampments. Now it’s the home of mariachi and roller coaster engineers and civil rights leaders. Understanding the community assets was important.”

Jose Huerta, Local District East Administrator, said the model fostered new connections between students and faculty as well as the community at large.

“It’s taking our community to a different level,” Huerta said.