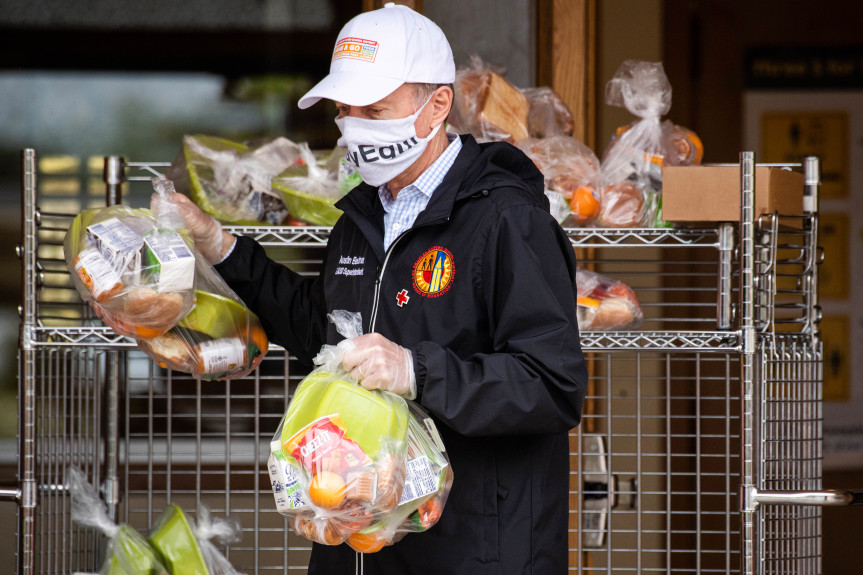 The Los Angeles Unified school board has given the green light for the district — should its leaders decide to — to sue the state over Gov. Gavin Newsom’s school-reopening proposal or to take legal action to recoup money for meals it’s been providing to the community since the coronavirus pandemic hit last March.

“The Board of Education authorized litigation against the state of California, state entities and public officials related to the California Safe Schools for All framework,” Jefferson Crain, the board’s executive officer, said while reporting out actions taken in closed session on Tuesday, Jan. 12. The vote was 7-0, he said.

This doesn’t necessarily mean the state’s largest school district will sue, but LAUSD officials now have the blessing of the board to proceed with legal actions.

Superintendents from several of the state’s largest urban school districts wrote to Newsom last week, objecting to his incentive program to get students back onto campus for in-person learning. Schools in more affluent communities, where the number of COVID-19 cases is lower, are more likely to be able to reopen under the Safe Schools for All framework, while poorer communities with higher infection rates would still not be allowed to reopen, the superintendents said.

Their letter to the governor outlined a host of concerns with his proposal.

On a related note, the LAUSD school board passed a resolution Tuesday directing Superintendent Austin Beutner “to pursue all advocacy efforts to prevent the disproportionate impact of the Governor’s Plan on students of Los Angeles Unified.”

The demands outlined in the resolution echoed those in the superintendents’ letter, including advocating for public health funds to be used to pay for COVID-19 testing and vaccinations instead of through Prop. 98 funds which are intended for educational purposes; the distribution of public funds directly to school districts to pay for testing, contact tracing and the administration of vaccines; additional instructional time and targeted funding for students who have been disproportionately harmed by distance learning; and flexible funding so schools can pay for child care, Internet access and transportation, in addition to maintaining clean, safe schools.

Earlier in the meeting, LAUSD school board members also unanimously approved a motion that permits the superintendent to sue for reimbursement of a portion of its Grab & Go meals program — though officials hope to avoid a lawsuit.

LAUSD has provided about 95 million meals to students, families and individuals in the communities they serve since the pandemic forced schools to shutter their doors last spring. While the district can seek federal reimbursement for student meals, it’s been paying out-of-pocket for the adult meals. District officials have repeatedly asked for reimbursements for the adult meals through local, state and federal government.

LAUSD has also provided devices and Internet access to more than half a million students for distance learning and is operating the largest school-based COVID-19 testing and contact tracing program in the country, the district said in a statement.

“Today’s board action provided authority to the Superintendent to take all actions necessary to seek reimbursement for the over 30 million meals served to adults in need by Los Angeles Unified as part of its nation leading food relief effort,” the statement reads.

“Efforts to seek support from both County and State government agencies tasked with regional emergency response in Los Angeles have as yet gone unanswered,” it further reads. “We hope to avoid the need to seek legal action.”