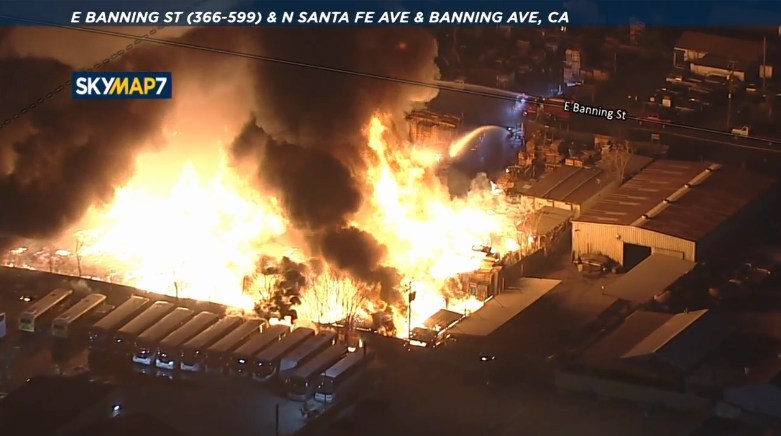 A massive fire in an industrial area of Compton lit up the sky Friday morning, engulfing piles of wooden pallets and spreading to multiple buses in an adjacent bus yard.

The fire was reported about 4:45 a.m. near Santa Fe and Weber avenues, and a huge plume of black smoke could be seen for miles.

Firefighters from the Compton, Long Beach and Los Angeles County fire departments worked to prevent the flames from spreading outside the perimeter of the commercial property, an effort that appeared to have been largely successful.

The firefighting effort was continuing nearly three hours after the fire was first reported. Problems were reported in maintaining water pressure at the location, and some power lines were downed. No injuries were immediately reported.

Traffic was routed away from the area to accommodate firefighting equipment staged at the site, but no evacuations were ordered, the Los Angeles County Sheriff’s Department reported.

The cause of the fire was unknown.