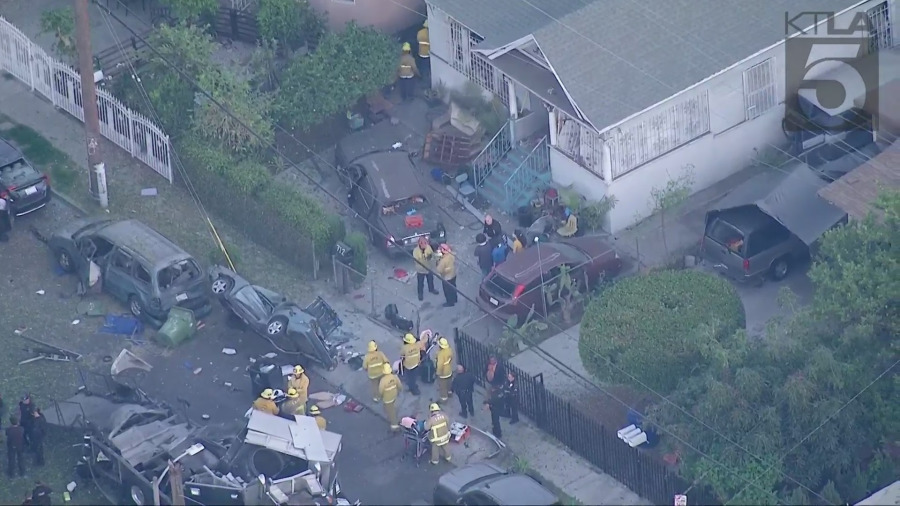 The blast was reported in the 2700 block of East 27th Street around 7:40 p.m. and nine victims were being evaluated with unknown injuries, LAFD said. The Fire Department was on standby while the LAPD disposed of the fireworks and provided treatment to the victims.

Earlier in the day, the LAPD seized about 3,000 pounds of illegal fireworks in the same area and took one person into custody. It was not immediately clear if the explosion was directly related to the seizure, but broadcast reports indicated some fireworks exploded in a bomb squad truck as the explosives were being hauled away.