LAPD vaccination rate up to 65% 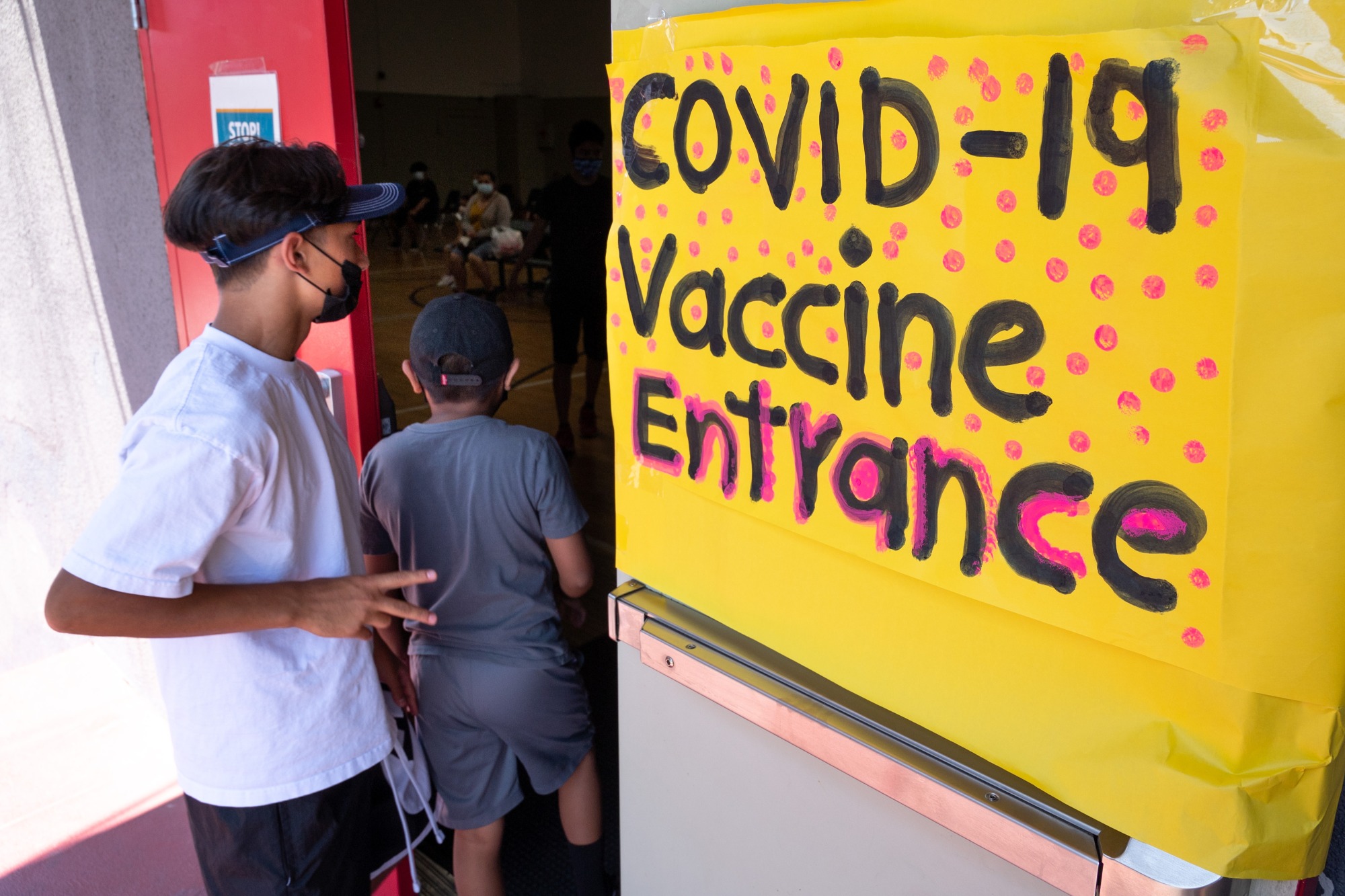 Chief Michel Moore said about 65% of department employees have confirmed that they received two vaccination shots. LAPD validated the employees’ vaccination status by asking for their vaccine cards.

That rate has increased substantially since August. For much of this year, LAPD appeared to struggle to get their employees vaccinated.

Police officers had access to COVID-19 vaccines starting in January, but the rate of vaccinations remained low for almost six months. Up until the middle of September, LAPD said around 46% of their employees had received two shots of the vaccine.

But Moore acknowledged last month that LAPD had conducted only a voluntary survey to come up with that number. Thousands of LAPD employees did not respond to the survey, so it wasn’t clear whether they were vaccinated or not.

After the L.A. City Council in August voted to require that all city employees get vaccinated, however, LAPD began instructing commanders to formally ask their employees for their vaccination status. Since then, the numbers have jumped up weekly.

LAPD also began rolling out mobile vaccination clinics to all of its community police stations. Hundreds of employees have since taken advantage of the clinics to get vaccinated at work.

Moore said in the last week, since Sept. 28, 465 more LAPD employees have used those clinics.

LAPD’s improving vaccination rate could take some of the attention away from the department as one source of vaccine resistance among L.A.’s tens of thousands of employees.

However, thousands of LAPD employees still haven’t been surveyed, so their vaccination status is unknown. And around 3,000 employees in a September survey said they would apply for vaccination exemptions for religious or medical reasons.

Last week, the president of the L.A. Police Commission, William Briggs, balked at those responses from officers.

“That is extremely dubious,” said Briggs about the thousands of officers claiming religious exemptions to the vaccine.

LAPD already requires its employees to have common vaccinations, like those against influenza, measles and mumps.

Several COVID-19 outbreaks in LAPD stations have been detected by county health officials. And officers have been repeatedly criticized for appearing in public, either on patrol or in their stations, without masks.

Whether any of the increase in LAPD’s vaccination rate came from officers feeling compelled to get their shots because of the city’s mandate wasn’t clear. Moore didn’t say Tuesday when the officers who have newly reported their status actually got vaccinated.