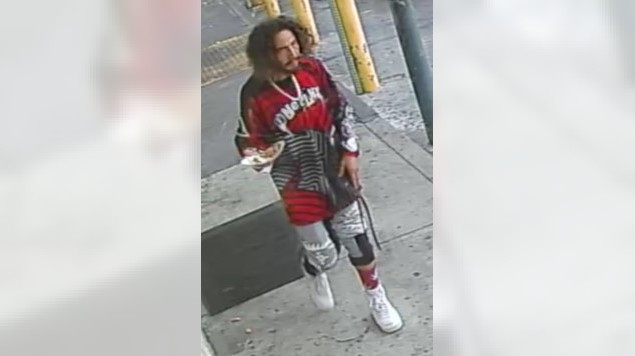 Los Angeles police have asked for the public’s help identifying a man seen on surveillance video stabbing another man outside a video store in Panorama City, leaving the victim in critical condition at a hospital nearly two weeks ago, authorities said.

The attack occurred about 7 p.m. June 20 in the parking lot of a strip mall in the 14700 block of Parthenia Street.

The victim was inside the video store when the suspect challenged him to a fight, police said.

Surveillance video, released on the LAPD’s YouTube page on Friday, July 2, shows the men tumbling to the ground outside the store. The victim’s ankle was fractured during the exchange, leaving him unable to stand, police said.

The suspect leaves the frame and returns with a knife and attacks the victim while he is on the ground, the video shows.

The suspect was described as approximately 30 years old, 5-foot-11 and 150 pounds with long brown hair.