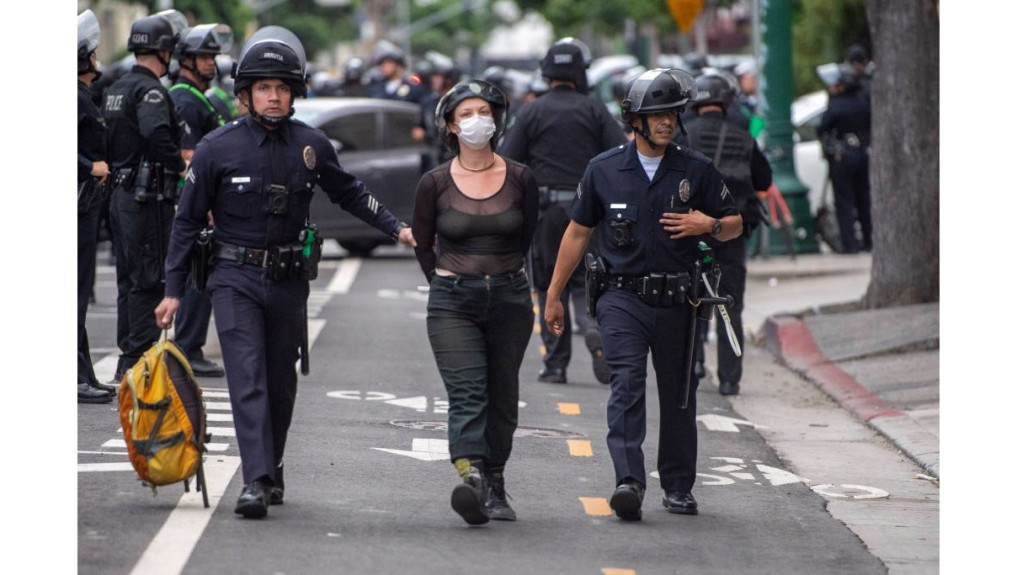 The Los Angeles Police Department is investigating a San Gabriel attorney for allegedly calling on Black protesters to kill police officers and offering to represent anyone who did pro-bono.

The Instagram posts allegedly made by attorney Mark McBride have been deleted since Fox 11 LA obtained screenshots of the comments and confronted him about them.

McBride’s remarks reportedly were in response to a recent post about excessive use of force by police officers on Blacks.

“It won’t stop until black people start murdering cops, which they should do often and with great relish,” the post said, according to Fox 11. “These (expletive), low IQ, can’t get into law school jarheads need an asphalt nap, during which they’re bleeding out on the street where they’re shot down. I would have no problem with them. I would absolutely 100 percent defend to the death of any African American who picked off a cop or two. It’s time, it’s well past time.”

In a second post, McBride allegedly said he would defend, free of charge, “somebodies granddad putting a couple of hollow points between the eyes of these PTSD addled rednecks.” It wouldn’t be the first time he’s defended “terrorists,” he allegedly wrote.

McBride did not return requests for comment left by phone and email.

In 2010, The Wrap listed McBride in its “Who’s Who of Celebrity Attorneys” for his work defending actor Tom Sizemore against domestic violence charges.

McBride’s license was previously suspended in September 2018, May 2019 and November 2019 for failure to pay child support, according to the State Bar of California. His license has been active again since January 2020, the records show.

The California Supreme Court in November asked the State Bar to investigate whether McBride had continued to practice law while suspended. The referral for an investigation occurred after one of McBride’s clients had tried to appeal by arguing he’d received “ineffective assistance” from his attorney. The petition was denied.

It’s unclear what the status of the investigation is now.

The Instagram posts allegedly written by McBride did not mention any specific department, but Officer Drake Madison of the LAPD confirmed this week that the department is investigating the matter.

“It is disturbing and is being investigated,” Madison said. He declined to provide information about the type of charge the department would pursue.

The San Gabriel Police Department is aware of the allegations, but is not involved in the investigation, according to a watch commander.

“These comments are absolutely disgusting and they’re dangerous to our police officers,” he said. “This individual should be investigated thoroughly.”

The State Bar should remove his license if it is determined McBride made the comments, Lally said.

“We have zero issues with anyone who wants to speak out about policing issues, we just want people to do so peacefully, respectfully and thoughtfully, that’s all,” Lally said. “We’re a big believer in the First Amendment, but this kind of rhetoric is disgusting, it’s just wrong.”

A spokesperson for the State Bar would not say whether the organization had received any complaints because its investigations are confidential.

“Under California Rules of Court, as officers of the court, attorneys take an oath to conduct themselves at all times with dignity, courtesy and integrity,” the association said in a statement. “This includes social media. We encourage anyone who believes an attorney has engaged in professional misconduct to file a complaint with us, so an inquiry can be opened to determine if the attorney’s conduct warrants discipline.”