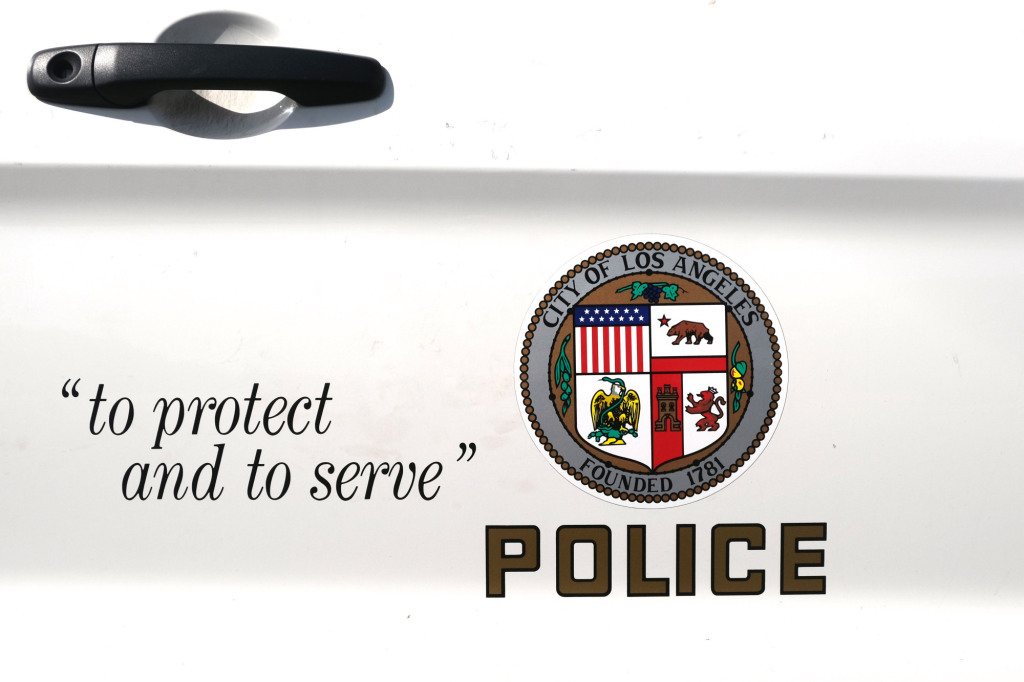 The Los Angeles Police Department on Saturday sought to explain the “highly unusual” amount of five shootings by police officers in four days that killed two suspects and left two suspects with wounds they were expected to survive.

The first of two Tuesday shootings involved a suspect who had fired a gun at about 12:15 p.m. in the 1000 block of West 21st Street, LAPD officials said. A SWAT team and crisis negotiation team responded.

“During the incident, the suspect shot a SWAT officer twice, resulting in an officer-involved shooting. The man was pronounced deceased at the scene,” police officials said in a written statement.

A loaded shotgun and pistol was recovered at the scene, they said. The wounded officer was hospitalized and expected to survive. The LAPD later reported the officer was shot in the chest and the face. He was wearing a bullet-proof vest that protected his chest.

That shooting occurred around 4:40 p.m. Then, at 5:20 p.m., an assault with a deadly weapon suspect was armed with a knife inside a house in the 1600 block of East 109th Street, near Compton Avenue, police said.

“The officers used a less lethal device against the suspect during the incident. As the suspect was forcing his way into the victim’s room, an officer-involved shooting occurred,” police said. “The suspect was struck by gunfire and is expected to survive.” Two knives were recovered at the scene, officials said.

On Wednesday, at around 12:15 p.m., an off-duty LAPD lieutenant reportedly saw two suspects inside a vehicle shoot a victim standing on a sidewalk in the Hollenbeck area.

“As the suspects drove in the officer’s direction, an officer- involved shooting occurred,” police said. “It is not believed that the suspects were struck by the gunfire, and they fled the scene.” The victim was hospitalized with wounds not believed life-threatening.

Two more shootings by police officers occurred Friday. At around 3 p.m., a Rampart-area sergeant was flagged down and advised of a suspect armed with a hammer and what was believed to have been a hatchet in the area of Bonnie Brae Street and Wilshire Boulevard, police said. Additional officers arrived and attempted to detain the suspect using less-lethal devices which did not work, officials said.

“The suspect threw a hammer and then a metal claw-like device at officers, resulting in an officer-involved shooting,” the LAPD said. “The suspect was struck by gunfire. He was transported to a local hospital where he succumbed to his injuries.” A hammer and a rock-climbing type device were recovered at scene, police said.

Then, at around 7 p.m. Friday, Hollenbeck Station officers wounded a driver who backed his vehicle toward them during a traffic stop and sped away, crashing into a home.

“The suspect exited his vehicle with a handgun, at which time an officer-involved shooting occurred,” police officials said. “The suspect was struck by gunfire and is expected to survive.”

Officials noted that the LAPD’s policy for use of force stresses de-escalation, the use of alternatives, and taking time to resolve situations.

“The department recognizes that five officer-involved shootings in a one-week period is highly unusual,” officials said. “Each incident will be investigated and evaluated separately, based on evidence gathered including statements of witnesses and the involved officers as well as body-worn video.”