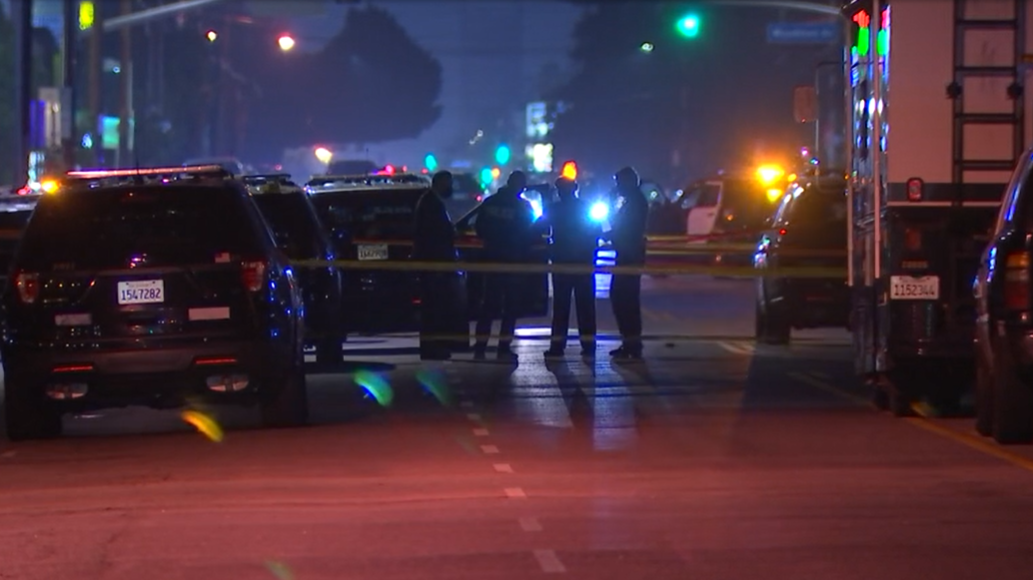 A man who police said was carrying a knife and cutting car tires in Van Nuys was shot and killed by Los Angeles police Sunday, Oct. 31.

Officers responded to an emergency call regarding a man walking with two bloody knives around 5 p.m. near the area of Matilija Avenue and Victory Boulevard, according to the Los Angeles Police Department. Officers asked the man to drop the knives, however, he failed to comply, said the LAPD.

The man then advanced towards the officers while armed with the knives and gunfire as well as 40mm foam rounds were deployed, the LAPD said. The man was struck by gunfire and taken into custody before being pronounced dead by paramedics, police said.

The man’s name was withheld pending notification to next of kin.

The knives were recovered at the scene, the LAPD said.

Victory Boulevard between Woodman and Hazeltine avenues was scheduled to be closed for several hours, the LAPD said in a tweet.